Apple has just released iTunes 10.2.2 for both Windows and Mac which is mainly a performance and stability enhancement release, targeted to fix a number of bugs found in the previous release. 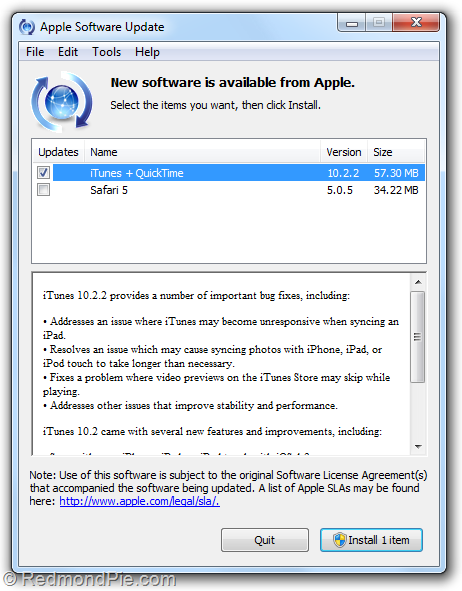 iTunes 10.2.2 provides a number of important bug fixes, including:

• Addresses an issue where iTunes may become unresponsive when syncing an iPad.
• Resolves an issue which may cause syncing photos with iPhone, iPad, or iPod touch to take longer than necessary.
• Fixes a problem where video previews on the iTunes Store may skip while playing.
• Addresses other issues that improve stability and performance.

Those of you who rely on a iPhone/iPad/iPod touch jailbreak can safely update to this version of iTunes without having to worry about it breaking the jailbreak.