Hot on the heels of developer builds, Apple has today updated its Public Beta builds of iOS 12, tvOS 12 and macOS 10.14, bringing them up to version 5 and adding all the goodness of developer beta 6 in the process.

Apple continues to hone and fine tune its current crop of betas ahead of what is expected to be a public release at some point towards the end of September and the ongoing raft of beta releases is very much part of that plan. 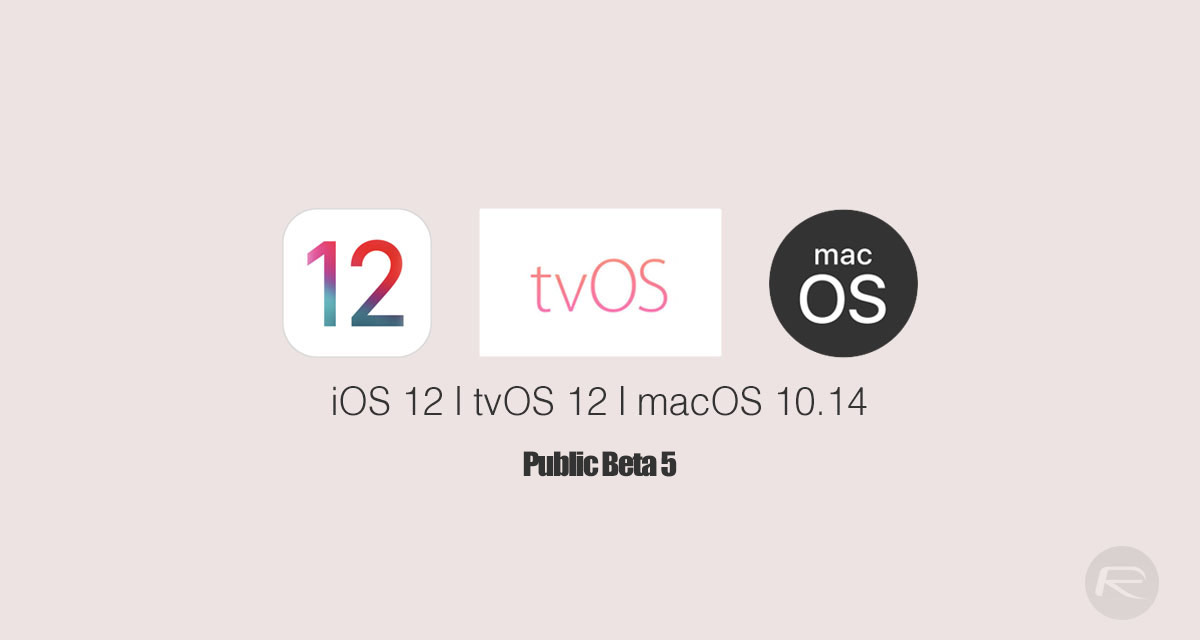 Anyone looking to get their hands on any of the updates, be they for iPhone, iPad, Mac or Apple TV, can do so by signing up for the Apple Public Beta Program and then downloading the relevant profiles in order to initiate the updates. Be warned though, while these beta releases have been relatively stable thus far they are still betas. Make sure you have recent backups of everything before taking the plunge – you’ve been warned!

However, if that all still sounds good to you then you’re in for a treat.

iOS 12: Without doubt the biggest of the updates is iOS 12, one that will bring with it a number of features that many people have been crying out for. Top of the list is perhaps an improved notification system, but the arrival of Animoji as well as support for FaceTime calls with up to 32 people are also features that will delight users.

tvOS 12:Without a doubt the least interesting of all of Apple’s current betas, this update will add support for Dolby Atmos and what Apple is calling zero sign-in in an attempt to make it easier for apps to access user accounts and have those credentials propagate throughout those apps. That’s about it for user-facing changes, unfortunately.

macOS Mojave: If you own a Mac that is compatible with macOS Mojave then you can expect one of the features that people have been crying out for to finally arrive. The inclusion of a real dark mode in this release gives everyone hope for future iOS updates too, with changes to how icons on the Desktop are displayed as well as a new dynamic wallpaper feature rounding out the biggest changes that users can expect.