Apple has made available for download iOS 10.0.2 IPSW links for compatible iPhone, iPad and iPod touch devices. Here are the details.

The release comes just a week and a few days after the initial public release of iOS 10 / 10.0.1, and at a time when existing and new device owners are still finding themselves in the honeymoon period of getting to know all of the new features that are bundled with the Apple’s latest major iOS revision. 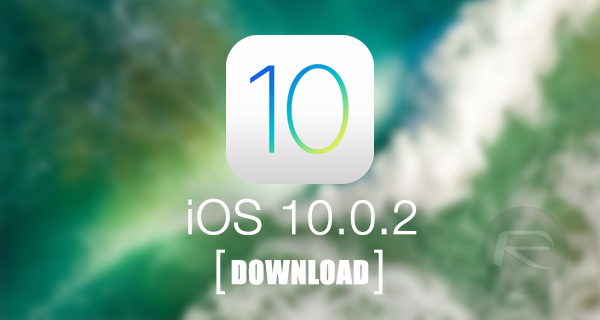 Developers and public testers registered with Apple have been able to interact with all of the inclusions within iOS 10 since mid-June. After a total of eight pre-release seeds and one single Golden Master version released shortly after Apple’s September 7th iPhone 7 event, Apple finally released iOS 10.0.1 to the general public prior to the iPhone 7 going on general sale. This latest 10.0.2 release shows that the company is committed to fixing any issues with a matter of urgency as part of a continued commitment to offering a positive user-experience across all devices.

As this is the first minor point release after an initial major release, we can’t really expect Apple to have made any sweeping changes or improvements. With that in mind, iOS 10.0.2 has been released with the usual bug fixes and performance enhancing improvements that should hopefully fix a number of small niggles that certain users have been facing with iOS 10 running not only on older hardware such as the iPhone 5 series, but also on the recently released iPhone 7 and iPhone 7 Plus. With support for iOS 10 going back as far as the iPhone 5, it’s important that Apple continues to make improvements that ensure compatibility and seamless performance on those older device types.

The official changelog that accompanies iOS 10.0.2 release is as follows: 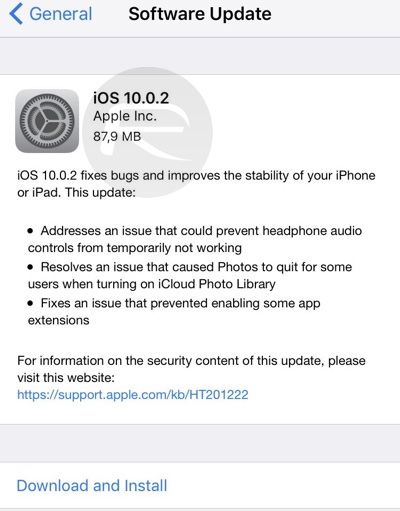 As always, iOS 10.0.2, like other versions of iOS before it, is offered with immediate availability as an over-the-air download via the Software Update (Settings > General > Software Update) mechanism. For those that would prefer to start afresh for fear of installing a corrupt OTA build, the download links below will give access to the IPSW file relevant for your specific device, which can then be used in conjunction with the latest version of iTunes to install iOS 10.0.2 onto the connected device. Be sure to perform a full backup of the iPhone or iPad prior to updating.