This is just in, BBM (BlackBerry Messenger) for iOS has just gone live on the App Store. Currently, it is only available in New Zealand App Store, but it shouldn’t be too long before the rollout on all the App Stores is complete. More details after the break.

Back when BlackBerry was a superpower in the mobile game, BBM was an essential component, but with the Canadian company’s failure to quickly adapt to the changing face of the market, it has struggled to remain competitive. Both Apple and Google currently dominate the mobile platform game, and with BlackBerry currently for sale and seeking urgent investment, it’s no surprise to see the company now making one of its prized assets available to the wider market.

There is no sign of the Android iteration of BlackBerry Messenger over at the Play Store at this moment in time, but BlackBerry promised that it will drop in the Play Store one day after the official release of the iPhone version of the app. We shall, of course, update this post accordingly, so stay tuned for that. 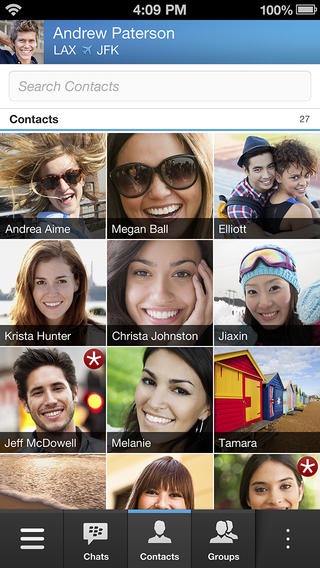 The official BBM Twitter handle has made light of the Android delay with a subtle dig at Apple, stating: "Hey, at least waiting at home is better than waiting in line." As true as this may be, let’s hope the Android version is merely awaiting the green light from Google before becoming available for general release. 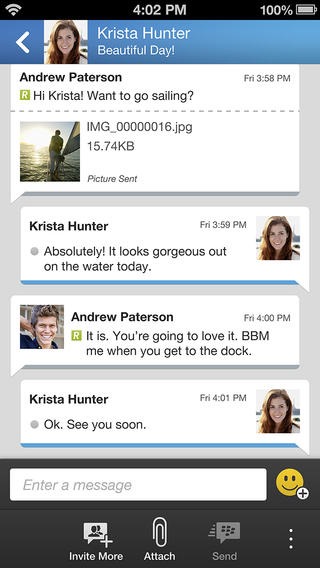 BBM for iPhone and Android features: 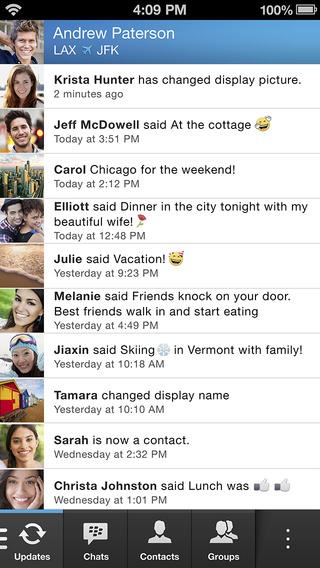 In the meantime, those on iOS can now grab the app via the link below, and although many of you will already be comfortable with WhatsApp Messenger, iMessage, or one of the many other well established IM clients, we’re pretty certain that your general intrigue will almost force you to check this one out. If you do happen to give it a run-out on your iPhone, be sure to leave your thoughts and reactions via the comments section.