Samsung has now made available to download Android 7.0 Nougat beta for Galaxy S7 and S7 Edge devices. Here’s what you need to know about installing it on your devices.

With the killing of the Galaxy Note 7, it seems that Samsung has freed up some much needed software development time, because while many had not expected the Galaxy S7 to receive an Android 7 Nougat update for quite some time, Samsung is now already in a position to allow public beta testers to kick the tires on the software. 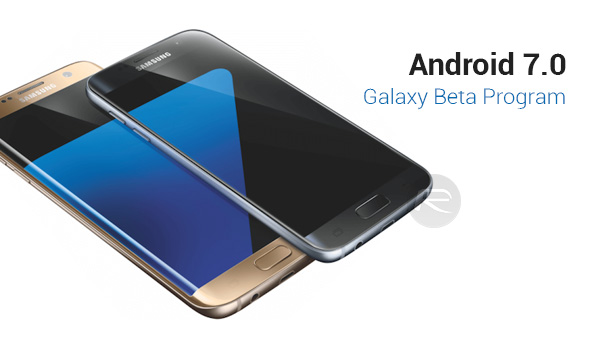 It’s heavily based on the version of GraceUX, which was found on the Galaxy Note 7, so if you’re familiar with that software, then the Nougat build of the same that is on the way to the Galaxy S7 should immediately be familiar, and that’s a good thing. If you want to download and install that experience on your S7 sooner rather than later, you can sign up to beta-test it via Samsung. As always, there are caveats, though.

Chiefly, you’ll need to be in the correct country – the US, UK or South Korea initially with Samsung confirming that China will be joining the party at some point. If you’re in the UK, then you will need to be carrying the unlocked version of the handset, whilst those in the US can get by with a carrier locked device.

The beta applies to both the Galaxy S7 and Galaxy S7 Edge, but those who own an Olympic Games Limited Edition device are out of luck; your phone is not supported.

Getting in on the Nougat beta requires downloading the Galaxy Beta Program app from the Galaxy Apps store (Not Google’s Play Store) and signing up. New registrations in the UK at least now appear to be closed, so your mileage may vary here. If you do get through the signup process, then you should receive a new OTA update, which brings the Nougat and GraceUX loveliness, though some have yet to receive the update even after being accepted. We suspect a staged rollout is at play.

If you do opt to give this a try, just remember that it’s beta software and is liable to have the odd bug or two. If you don’t want to jump in just yet, signs are that the official release of Nougat for the Galaxy S7 and S7 Edge should happen some time in December. Not too long to wait now!