While we haven’t even seen the first official photos of Android 4.0 Ice Cream Sandwich yet, the developer community has come up with an actual launcher which is based on its looks!

The launcher is actually based on a handful of “leaked” photos of Ice Cream Sandwich running on a Nexus S. As the photos did not cover every part of the supposedly “leaked” launcher, the developers behind ICS 2.4 Launcher had to use their own imagination to fill the left out parts.

We are back, but with yet another android market first! This time we have brought you all a new launcher that clones something that even isn’t out… officially.

Anyways, we have brought you Ice Cream Sandwich Launcher. This version is 2.4 because it is designed for high to mid end devices. We will make a 4.0 version later.

We’ve personally tested the app on our Samsung Galaxy S II unit and can confirm that it works as claimed. It works well, but since the software is in alpha state, there are plenty of little bugs and incomplete features strewn across. In its current state, it is only fit for testing and not for daily use.

One thing I particularly liked about the ICS 2.4 Launcher is the landscape mode that it offers. As we mentioned previously, the launcher was tested on a GSII and it looked simply splendid in landscape mode on the 4.3” Super AMOLED Plus display. I felt like I was using a tablet for a second! 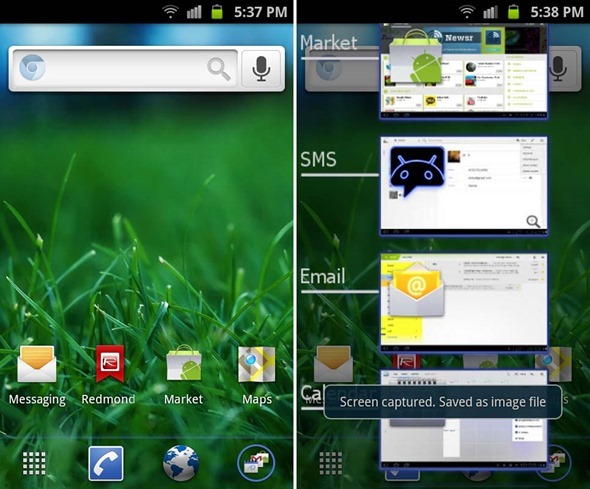 If you’re interested, the launcher can be downloaded from the link below. Be sure to have Unknown sources checked from Settings > Applications so you can install the .apk.

According to several reports, the first Android 4.0 Ice Cream Sandwich based smartphone – the Nexus Prime – is expected to be launched next month. ICS itself is expected to launch in October too and, according to Google, it will support all smartphones that can run Android 2.3 Gingerbread smoothly.