Yesterday, we brought you the news that djay 2 for iPhone and iPad, which regularly cost $2.99 and $9.99 respectively, had just gone free for a week, and now, creator Algoriddim has more good news for wannabe DJs and music makers. Extreme users may also opt for the djay Pro Mac app, which is also discounted with $30 off at $49.99, and as well as adding a bunch of features to the OS X edition of djay, the developer has also brought Apple Watch support to the iPhone edition.

Devs are currently scrambling to get their apps ready for the Apple Watch launch, and Algoriddim has cut things rather fine. But if you’re a djay 2 user for iPhone and intend on snapping up the wearable in the near future, you’ll be pleased to learn that the app can enrich the overall experience. 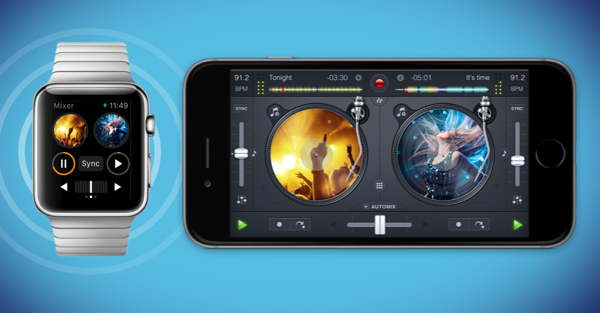 The original djay app benefited from its arrival during the early stages of the App Store, but has since been improved upon greatly, and is now used by millions of mobile owners far and wide. Apple Watch compatibility is a more than welcome addition, and unlike some Watch-tailored apps, this is much more than token support.

From your watch, you’ll be able to control and alter your mixes as you create them, and in terms of productivity, you’ll be able to get a helluva lot done. The interface of the Apple Watch is minimal at best, but Algoriddim still makes good use of the space, and if you’re already using djay 2 for iPhone – currently free – you’ll be good to go with Apple Watch as well. 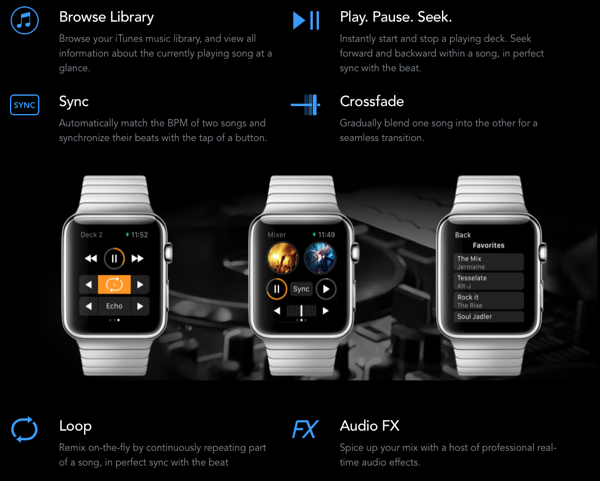 Meanwhile, djay Pro for Mac throws in a couple of neat new features, including Pioneer DJ support and the ability to add visualizers to music in real-time. If you already own the Pro version for Mac, then the update is completely free, while new users can, as aforementioned, save 30 bucks by snapping it up at the current special $49.99 price.

The saving and discounts won’t last forever, and if you’ve ever been tempted to make music, the djay series is great for noobs and advanced users alike.