We all know how powerful mobile smartphones are, a trait that not only applies to the advanced hardware which companies like Samsung, Apple and HTC ship to the public, but also the advanced operating systems that are installed onto that hardware. Apple’s iOS has to be one of the most advanced operating systems available for mobile devices, but although the software itself comes bundled with multiple features and options, it is essentially third-party installations that make the devices what they are.

If you consider your day-to-day usage of an iPhone, some of it will be spent making and receiving phone calls, and some of it will be spent sending and receiving texts or email messages, and a portion of it may be spent playing games or listening to music. All of those things have something in common; that they are all handled through apps. Some are native apps that ship with iOS such as Messages or Mail, and some are third-party installations that have been procured from the App Store. But they are all apps and iOS handles them as such. 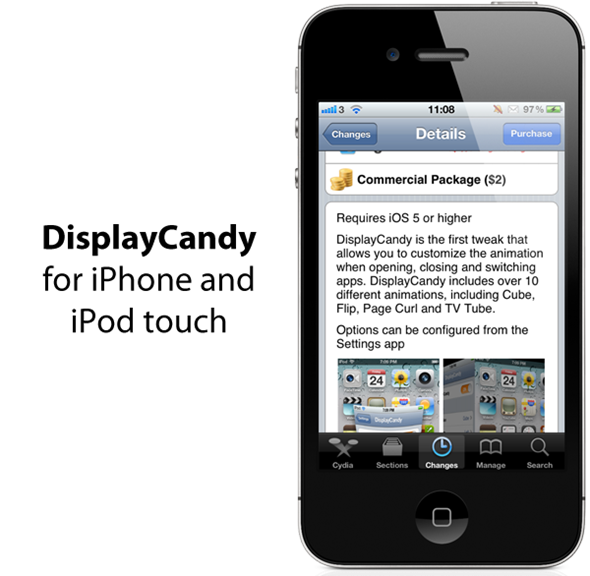 The DisplayCandy package that has recently landed on the Cydia store is a tweak that understands how important apps are to a device like a smartphone, and obviously understands that they are the main focus of the device. The enhancement does exactly as the name suggests and brings some visual candy to the users’ eyes when opening, closing and switching between running apps. One of the great things about the package is the fact that rather than forcing a particular animation or style, it actually comes bundled with options to let the user choose how they want the tweak to perform.

No additional icons are added to the home screen as part of this installation, but the package does bring a dedicated set of configurable options in the native Settings app that allows the user to determine the exact animations they want to be invoked when the app is either opened, closed or switched to another from the background. I also highly approve of the inclusion of a simple on/off toggle in the Settings bundle that quickly allows user to turn the tweak off, essential for troubleshooting issues that may arise from MobileSubstrate installations. 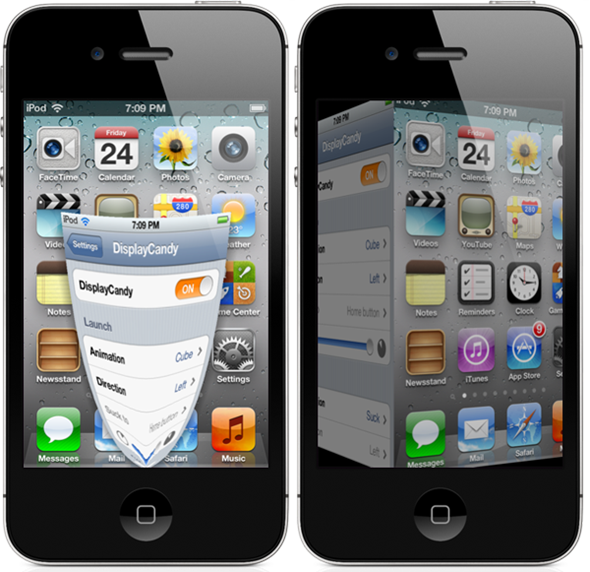 DisplayCandy is available as a $2.00 download from theBig Boss repository and requires iOS 5.0 or above to be installed on the device.