There are money saving deals, and then there are money saving DEALS. This definitely has to fall into the latter of those two categories. Amazon is at it again with what appears to be yet another time limited discount on a fairly capable piece of consumer technology. Step forward the Lenovo ThinkPad 11e 11.6-inch Ultraportable Business Notebook, available today only for just $199.99, reduced down from its original price of $669.00. In monetary terms, that’s a huge $470 saving. Or a 70% reduction for those who prefer to deal in percentages.

It’s worth pointing out that this particular Lenovo model isn’t exactly the prettiest or best designed notebook product that you’ll ever feast your eyes on. But for $199.99, you’d be getting a serious portable laptop offering that not only carries the name of a trusted brand, but also comes with a fairly decent specification for the price bracket it now finds itself in. 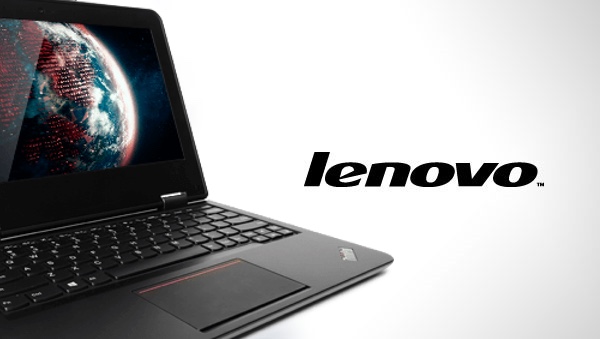 The 11.6-inch form factor comprising of an anti-glare LED backlit display is powered by an Intel N2940 quad-core processor, clocked at 1.8GHz. That configuration is backed up by 4GB DDR3 RAM for a fairly decent level of performance. The RAM is also expandable and can be increased to a maximum of 8GB with relatively minimal fuss. In terms of internal storage capacity, there’s a 128GB solid-state-drive (SSD) onboard that should offer an “amazingly smooth and fast computing experience”.

If that technical specification isn’t enough to seal the deal at the tiny cost, then there’s also the underlying software that ships with the product. This Lenovo notebook comes pre-installed with Microsoft’s Windows 10 Pro edition, and is equipped with apps like Maps, Photos, Mail & Calendar, and plenty more that can be downloaded and installed via the Microsoft Store.

If you are in to get a new notebook for yourself for very affordable price, it can’t get better than this deal considering the $199 price tag and the specs the notebook possesses. 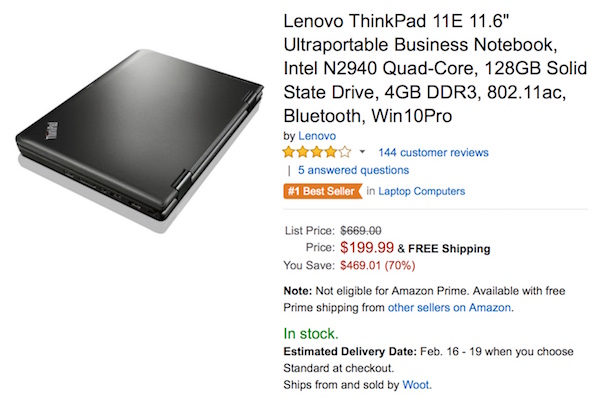 It’s important to note though that this deal expires on February 4th, 11:59pm, Pacific Time. If you want to get one, you better hurry up before it’s over.