If you’ve thus far managed to fight the urge to get involved in the world of modern console gaming, then in all honesty, we take our hats off to you. If that reluctance to get down with a PlayStation 4 or Xbox One has been purely down to the fact that console gaming doesn’t interest you, then we can’t really help to be honest. However, if the failure to adopt the technology is down to a pure financial decision, then thankfully we can help you, right now. For a limited time only, Amazon is offering the Xbox One with five free games and a $50 Amazon gift card for just $399.

Sounds too good to be true? Well, it’s not. The deal goes a little bit like this; after parting with $399.00 you will receive an Xbox One console with a huge 1TB internal hard drive. As part of that purchase you will also receive three games, physical copies of Gears of War: Ultimate Edition and Rare Replay, as well as a digital download code for Ori and the Blind Forest. In addition to those titles, the bundle also includes a physical disc of the Limited Edition Halo 5: Guardians and a digital download code for Forza Horizon 2. What this means is that in total, you’ll get five games. That’s a fairly impressive starter pack of games that should appease all kind of gamers. 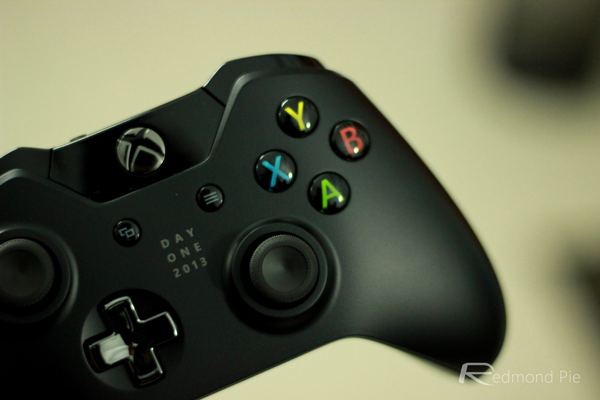 If you’re scratching your head thinking “well, that isn’t really enough to convince me to part with 399 bucks”, then fear not as there is more. The bundle also ships with a newly updated Xbox One Black Wireless Controller packing a 3.5mm headphone jack, as well as a 14-day free trial of Xbox Live for those online multiplayer gaming marathons. Finally, to sweeten the deal, there’s also a $50 Amazon Gift Card thrown in for good measure.

If you were to make all of those purchases separately, then you’d be asked to part with an additional $53, so it’s a pretty sweet deal for those who have been considering an Xbox One.

Anyone purchasing the bundle will receive the digital download codes approximately 2 days after the completed purchase via email. 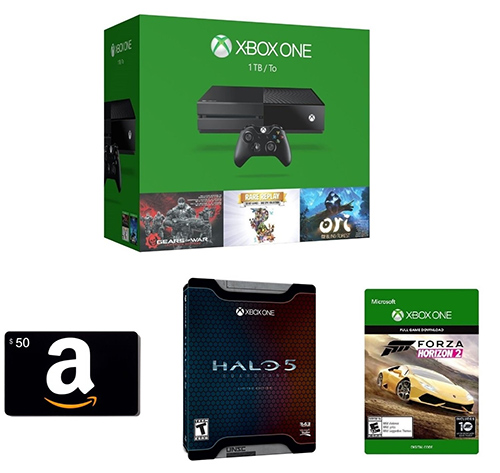 It’s unlikely that there will be a better Xbox One deal than this appearing anytime soon, especially for the 1TB console model, so act now before the offer expires.