Corning has unveiled Gorilla Glass 4 and understandably claims it to be stronger and more resistant than its predecessors. Drops that shattered your device’s glass on rough surfaces – or at least scar the screen with some pretty deep scratches – should now face tougher challenges with Gorilla Glass 4.

Corning has released a video showcasing stress testing of the Gorilla Glass 4 in a controlled laboratory environment and the road that led to its creation. 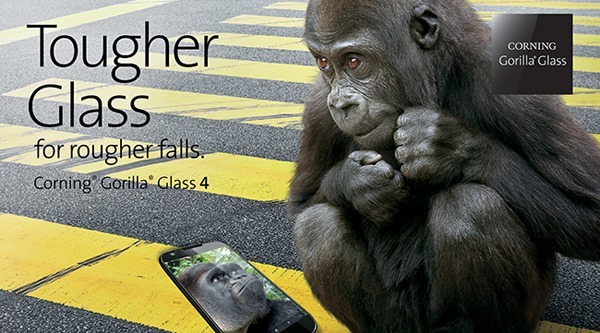 To produce the next generation glass for mobile devices, Corning has been studying what makes screens on mobile devices shatter on impacts, by examining over hundreds of broken devices. According to Corning, it has concluded that about 70 percent cases of glass shattering were the results of damage caused by sharp contact at fall.

Corning further “developed new drop-test methods that simulate real-world break events, based on thousands of hours analyzing cover glass that had broken in the field or laboratory.” All this testing lead to the creation of Gorilla Glass 4, which is designed to defy all odds and while it is yet to launch commercially on various mobile products, Corning touts the glass as being twice as strong as the competing screen technologies. According to Corning, the glass can survive 80 percent of face-down falls on rough surfaces which inflict the maximum hurt on the screen, and your heart. 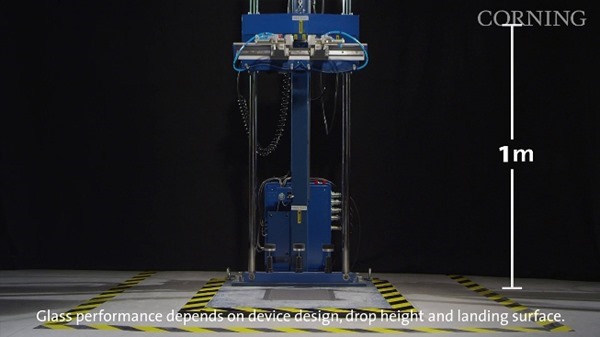 A fascinating claim being made by the Gorilla Glass maker is that the glass will retain most of its initial strength even after falling face-down on any surface and surviving it. So how many lifelines do we get? I guess we’ll have to wait on that.

Corning has been a long-time player in display glass technologies and has been supplying panels to Apple, Samsung, and more for quite some time now, having been regularly featured on iPhone, as well as the Galaxy S series from Samsung.

As per Corning, the company is already busy shipping the Gorilla Glass 4 to various customers, so we have a reason to believe that we might just see the glass protecting displays on the next generation of iPhone and iPad, and presumably the Samsung Galaxy S6 and Note 5.

Though Apple ditched its plans on throwing in a sapphire display on the iPhone 6 and iPhone 6 Plus, maybe it won’t disappoint with its next major release.