The glass on your smartphone that sits atop the multi-touch capacitive screen may seem like a relatively small and inconsequential part of the device experience, but it’s actually quite staggering how much research and development goes into producing it.

Corning, the specialist glass and ceramics company, is generally responsible for developing and providing the glass that is shipped with most modern-day smartphones, and has just elevated the bar to a new level with the introduction of Gorilla Glass 5, promising to strengthen devices even more, and also withstand drops from higher heights. 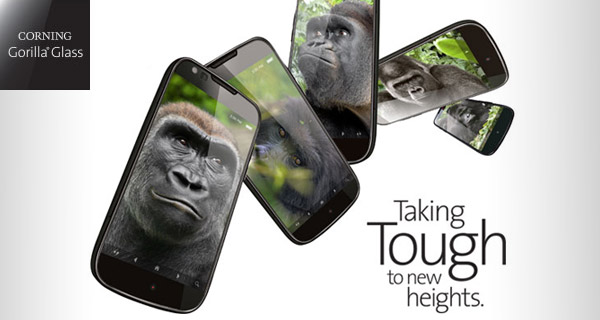 With the introduction of Gorilla Glass 5, Corning is trying to directly address a very real issue that has affected the majority of smartphone device owners at one time or another. The company’s own research suggests that over 85-percent of smartphone owners have found themselves in the unenviable position of suffering from a smartphone drop at least in each twelve month period of device ownership. Staggeringly, it also suggests that a whopping 55-percent of device owners drop their devices at least three times per year, which of course means a very real chance of damage or destruction occurring.

Out of those who actually drop their devices, 60-percent admitted that the fall had come from between waist and shoulder height, which pointed to one thing; Corning needed to introduce a glass capable of withstanding damage when dropped from that height. Gorilla Glass 5 is purportedly the solution to that very real problem.

The new toughened glass will provide the exact same visual experience as the current iteration, but is now capable of withstanding face-down drops of up to 1.6 meters without suffering catastrophic damage, up to 80-percent of the time.

With each successive generation of Corning Gorilla Glass, we have taken cover glass technology to new levels. Gorilla Glass 5 is no exception, extending Corning’s advantage in drop performance over competitive glasses. With many real-world drops occurring from between waist and shoulder height, we knew improving drop performance would be an important and necessary advancement.

At this stage, it’s unclear if the introduction of Gorilla Glass 5 has come with enough notice for the likes of Apple to introduce it directly into the new iPhone 7 slated for release later this year. Regardless of when it comes, we can all rest safe in the knowledge that our devices will be that little more robust.