Some jailbreak tweaks like to scrape the surface, offering minor alterations to a certain function or UI element. Others, however, seek to rebuild a part of iOS from the ground up, and Convergance, a new entry to the ModMyi repository, completely re-imagines your iPhone’s lock screen.

Since the release of the Evasi0n7 jailbreak tool for iOS 7, there has been a marked rise in the number of lock screen-centric tweaks released by the thriving community, and Convergance is – by the looks of things – one of the very best we’ve seen to date. 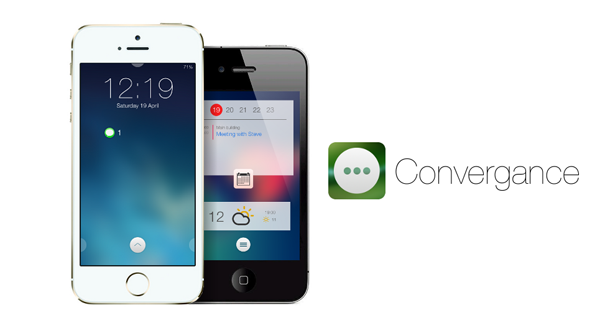 As well as allowing you to customize your device’s immediate stream of information with numerous widgets, you can also re-theme your iPhone’s front page to suit your particular aesthetic tastes. From calendar to RSS feeds, toggles to weather, you can sort and arrange the info you wish to see at a glance, and like any good tweak, everything is in-keeping with the design language of stock iOS.

The fact that Convergance is integrated with HTML lock screen alternatives means you’re less likely to have those dreaded clashes with other great tweaks out there, but the very best feature of Convergance is its potential for expansion. 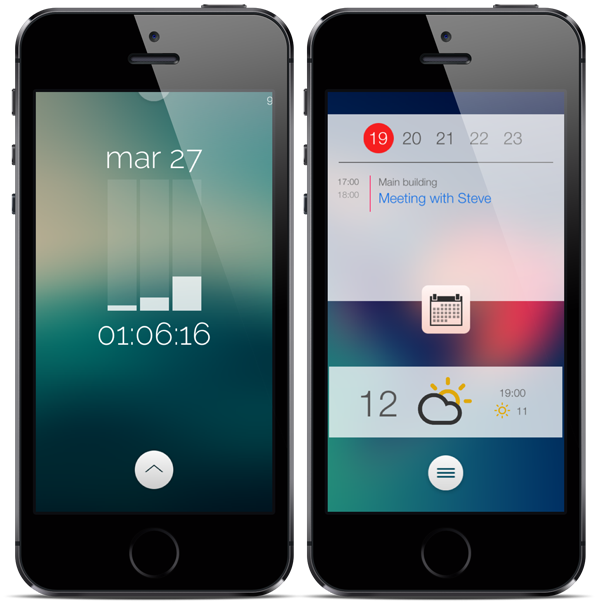 If you’ve a decent grasp of HTML / JavaScript or Objective-C, you can utilize those skills to help create widgets and generally progress the development of what is a very promising tweak. With API support right off the bat, it’s open to improvement from all corners of the development world, and even though, in its current fledgling state, it’s already very polished and functional, it could go a lot further if a decent congregation of dev-minded folks decide to muck in. 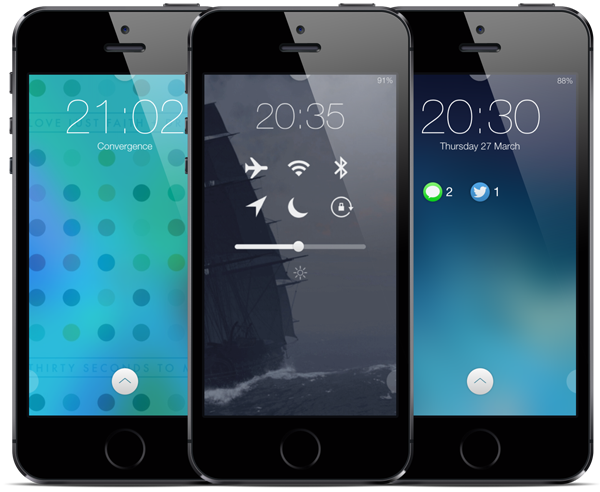 As aforementioned, Convergance can be found over at the ModMyi repo, and it costs just $2.50. Oh, and in another pleasant and refreshing turn up for the books, it’s compatible with iOS 6, as well as the latest and greatest iOS 7.