Like most Twitter users, although I have a select group of apps helping me share my sub-140 characters with the world, I’m always on the lookout for something new – an app with a different trump card than a mere glossy interface.

Today I stumbled across Chirps by Polydice, and was instantly intrigued by its claim to "de-clutter the timeline". Although our smartphones are designed to simplify tasks, bloated, disorganized apps can often have the opposite effect. 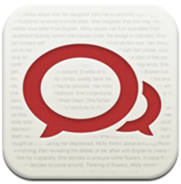 The problem with timelines on both Twitter and Facebook, is that some people like to spam them with one-word irrelevant chit-chat such as "I’m hungry, should make food. Can’t be bothered though!" and while desktop famine is something we may get into conversation about on rare occasions, most of the time, we like to cut to the chase. Checking out links to interesting blogs, news, and articles is – to me – what Twitter is all about, and Chirps allows tweets containing links to be separated from the general natter.

Some like to RSS, but following the interesting blogs and news outlets via Twitter is a very effective way to keep up-to date. Chirps initially opens out on the main timeline, and you can quickly access your Favorites or Lists on the sidebar by simply dragging the screen away to the right. The tidy, ever-popular pull to refresh feature adds the accompanying touch of class and smoothness to proceedings, finished with a nice folded-paper effect. 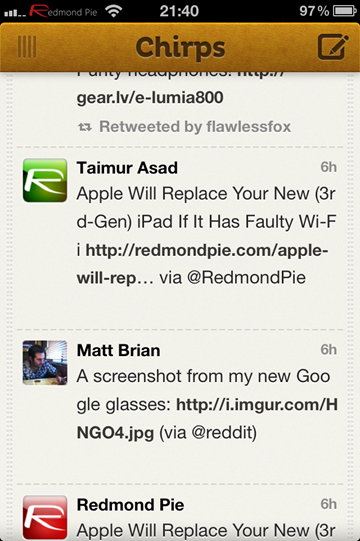 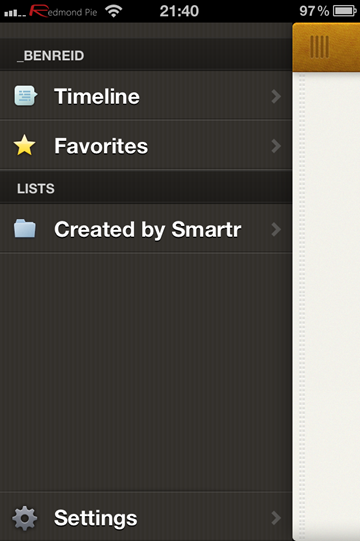 The neat, ‘link-only’ interface can be easily initiated by tapping the "Chirps" text at the very top of the screen. After it’s tapped, a neat little toggle appears which switches between normal Twitter feed and URL-specific Twitter feed. To read a linked article, simply tap it and the page loads, although there’s also a much more aesthetically pleasing Reader Mode (similar to the one in Mobile Safari) which shows only the text and images of the article in question. 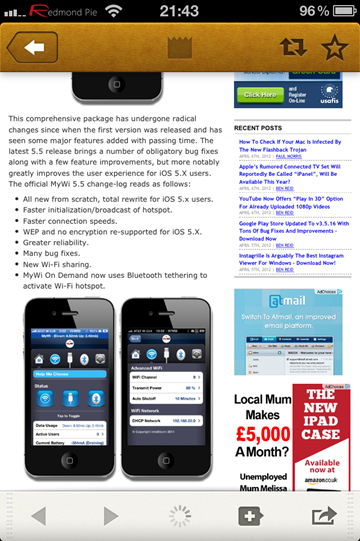 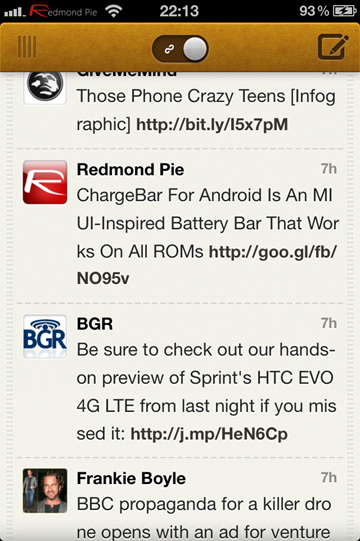 The great thing about Chirps is, by switching to and from the link-only mode, you can still operate Twitter as normal – allowing you to favorite, RT or reply – meaning there’s little need to deviate and use other apps. Unlike many of the other useful apps offering niche Twitter features, this one doesn’t take away the very basic functions of the official client. Granted, you cannot check your DMs or post photos, but isn’t that what Facebook and Instagram are for?

If you’re an avid reader of blogs and online news, Chirps is a great way to sieve out the chatter from your Twitter timeline. It costs $1.99 from Apple’s App Store, and in our opinion, is worth every cent.