The world of jailbreaking took a step forward today, with the Electra Team releasing Chimera, the world’s first iOS 12 through iOS 12.1.2 jailbreak for all iPhones and iPads that are currently on sale.

Unlike the unc0ver jailbreak that was being used previously, this new release uses a CoreTrust bypass which makes it both safer and faster to use. The whole jailbreak is a completely new one and is said top offer improved stability and battery management.

Alongside the improvements under the hood, the new jailbreak also comes with Sileo by default. Sileo is the next big package manager after Cydia, allowing users to easily and quickly install jailbreak tweaks without having to know the ins and outs of how these things work.

All of that pales into insignificance when compared to the most important factor here, and that’s the fact that this new Chimera jailbreak supports all iPhones and iPads, including the most recent iPad Pro and iPhone XS, XR devices that use Apple’s A12X and A12 chips respectively. There’s even a ChimeraTV release for those who want to jailbreak their Apple TV, too.

The slightly disappointing news is the fact that Chimera is a semi-tethered jailbreak, just like Unc0ver, which unfortunately means you will still need to jailbreak again if you need to restart your device. 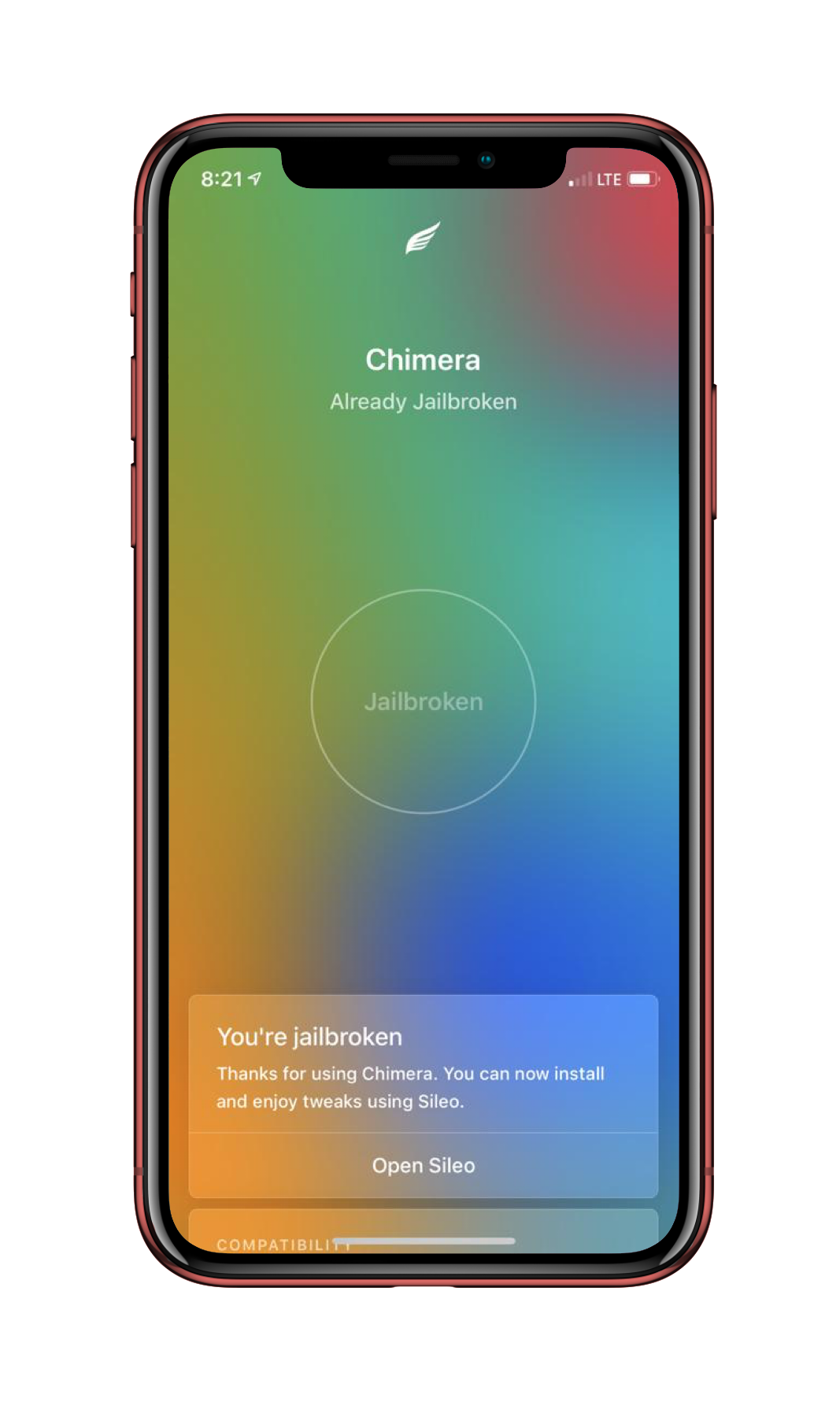 While Chimera does support all iPhones and iPads, there is still no word from Jay ‘Saurik’ Freeman on his Cydia Substrate update for the most recent devices, but if you want to take Chimera with support for Sileo and Substitute (Cydia Substrate alternative) for a spin without it, you can do that right now by downloading the IPA from Chimera.sh and sideloading it with Cydia Impactor. You can even use it over existing Unc0ver jailbreaks, too.