General Motors seems particularly keen, dare I say, Sirious about implementing voice-recognition technology into automobiles, and to outline this intention, will be implementing Apple’s Siri personal assistant to a couple of its Chevrolet car models early next year.

As well as catering to all of the functions many of us take for granted when driving along, such as skipping through music tracks, altering the radio station or looking for a detour on a long trip, the Siri integration will bring a host of feature to which we’ve become accustomed with the iPhone. Once Siri is intertwined with the Chevrolet Sonic subcompact, Spark minicar, and the 2014 Spark EV battery-powered car, one will easily be able to skim through contacts, alter appointments and reminders, or search for local businesses or restaurants. 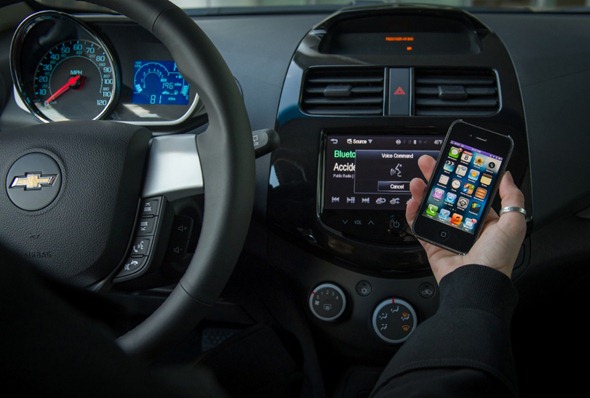 Our smartphones have improved at incredible rates over the past year alone, and with technology moving at such a fast rate, it’s proving hard for the cars to keep up – no matter what the engine capacity may be. Still, Chevy wants to be among the the first to take things to the next level, and Cristi Landy, Chevrolet’s small car marketing director, says the company is aiming for “Safe, easy, reliable and portable connectivity" and in reference to the company’s existing in-car tech, goes on to note of how "Siri complements MyLink’s existing capabilities to help deliver an incredible driving experience.” 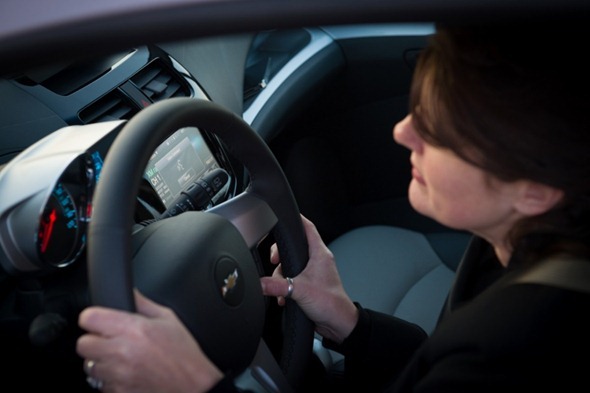 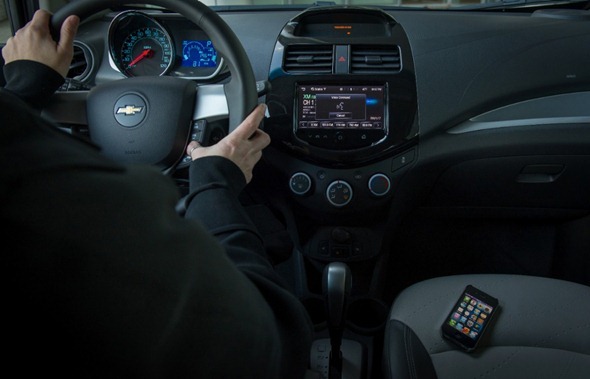 Devices will hook up, as is often the case, via Bluetooth, and Chevrolet will stick a special Siri button right on the steering wheel for the convenience of the driver. It’s not just General Motors / Chevrolet with the bug; Ford Motor has also just announced its enhanced voice recognition system, which can seamlessly pair a driver’s new smartphone to a car’s existing setup, or infotainment system. For those interested, the 2014 Fiesta will be Ford’s real-world guinea pig.

It’s fair to say that while many automobiles now offer a decent set of toys, integrating them with a smartphone can still be a real pain in the rear. If you do manage to rig everything up correctly, the features you can actually utilize from your device are extremely limited, but if other car companies follow the lead of the world’s largest – General Motors – hopefully our cars and handsets will speak a mutually intelligible language in the near future.