Research on mobile device usage often throws up some interesting findings, and a new study, which has looked at iPhone usage rates on a state-by-state basis, has not only shown some intriguing stats linking iPhone traffic rates with education level, population density and median income, but also shed some light on which states have the highest percentage of iPhone users. Check the details of the research after the leap!

This particular piece of research has been compiled by the folks of Chitika Insights, and while the glaring oversight of mislabeled states doesn’t exactly instill us with confidence that the study is completely accurate, some of the correlations made are definitely worth taking a look at. 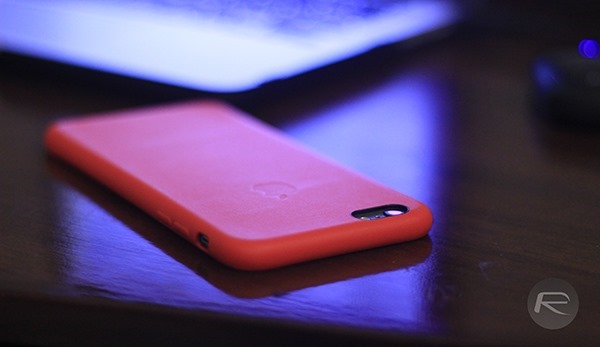 For a bit of background info, Chitika’s sample is based on hundreds of millions of ad impressions gathered between 25th and 31st of December last year, factoring in the many millions of additional iPhone units that Apple sold over the holiday period. It suggests that Mississippi, New York, Montana, Kansas and Alaska are among a handful of states boasting highest percentage of iPhone usage, although this seemingly random assortment of locations doesn’t offer any geographic-based explanations.

One particularly eye-catching discovery is the apparent link between iPhone usage, population density and education levels, suggesting that iPhone users tend to live in densely populated areas and are smarter by general rule. In white paper analysis of the data, Chitika notes that “iPhone usage shares are positively correlated with level of education and population density at the state-level,” although goes on to say that while “the relationship also held across median income,” it’s likely that the link between education and income is not related to iPhone usage per se. 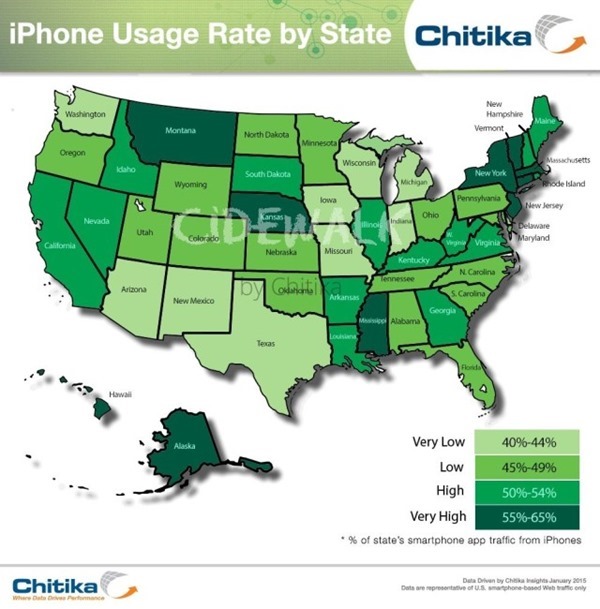 What can be taken from this data, with a great deal more certainty, is that iPhone traffic is very high, and strong across the entire nation. 40-44 percent traffic rates are deemed “very low” in this instance, when, in actual fact, such numbers are actually mightily impressive, and this research only underlines the fact that, by and large, iOS users are considerably more active on the Web than their peers running Android et al.

Given Chitika’s apparent lack of state knowledge, we’re taking this with the usual pinch of salt, but nonetheless, what do you make of this?