Custom launchers, or home screen alternatives, are aplenty throughout the Google Play Store, and if ever you’re weighing up the Google side of the ongoing Android vs. iOS debate, the launchers are certainly apart of what makes the Big G’s mobile OS tick.

Don’t get me wrong, not all custom launchers are mind-blowing, but there are a growing number of launchers in the wild that can enhance the usability of a device twofold. Nova Launcher, which we’ve featured before here at Redmond Pie, is a prime example of a custom launcher done properly, and today, we bring you a tablet-specific launcher of the same class.

Chameleon Launcher allows you to create multiple home screens, and you can apply your own layout of widgets and apps within each. Windows 8’s tiled interface not only looks the part, but presents your most relevant info in a more prominent manner. The Chameleon Launcher, in essence, takes that same idea in offering its own "context-based" home screen system, which shows you the most important info as you require it. 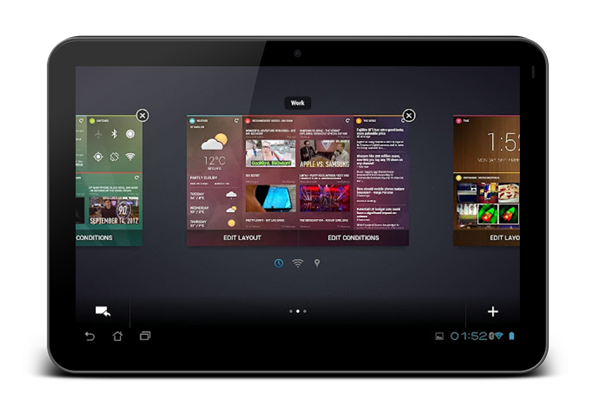 To elaborate, Chameleon also allows you to create rules based on specific events, such as GPS locations, Wi-Fi networks and time ranges, so your home screen can be programmed to change with you – no matter where you may be.

The manner in which widgets are laid out within Chameleon is also something to savor, and it’s as customizable as they come. If you’ve ever delved into building custom widgets, then you’ll be pleased to know the Chameleon Launcher team has also laid on a custom API, enabling you to easily add any widget you desire. 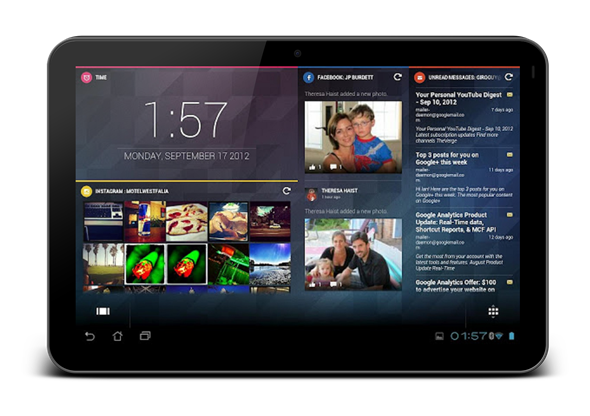 So, how much will this beautiful interface set you back? Well it doesn’t come cheap, that’s for sure. It’s currently retailing for $9.99 over at the Google Play Store, which translates to £6.32 if you reside in the United Kingdom. Then again, the Chameleon Launcher is packed with features, so if you’re in the market for a nicely-polished home screen alternative for your Android tablet, it’s certainly worth checking out.