One of the great things about modern jailbreaking is waiting patiently for all of the popular packages to be amended or updated to offer compatibility with the latest firmware versions. The iOS 10 jailbreak has been around for quite some time now, but CCQuick Pro, one of Cydia’s popular tweaks has now been entirely rewritten and relaunched with full iOS 10 compatibility under the CCQuick Pro X title.

Those lucky individuals who actually get to jailbreak – meaning those who religiously keep themselves on a jailbroken version of iOS – often head directly into Cydia and search for their tried and tested installations. 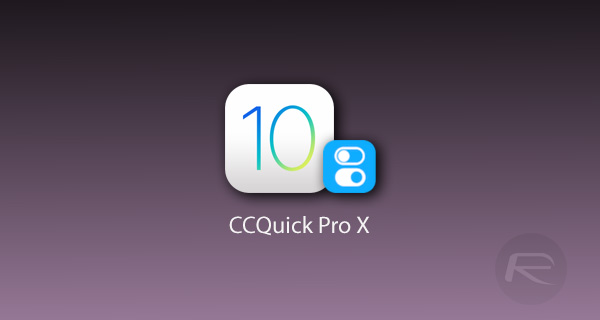 CCQuick Pro for iOS 9 was definitely one of those, meaning those same device owners would have been disappointed to learn that it wasn’t currently compatible with iOS 10 and the Yalu jailbreak. However, after being totally rewritten and redesigned, it is now available for instant download with all of the functionality you’d expect.

One of the first thing that’s immediately offered by CCQuick Pro X is the integration of multiple gestures onto the iOS status bar. Users will be able to perform gestures like a right swipe to instantly lock the device from anywhere. Alternatively, a left swipe would go to the Home screen from within an app or lock the device instantly from the Home screen. The status bar will also be appended with a hold gesture to instantly start a screen capture.

The native Control Center experience is also amended to offer additional power to end-users. As an example, CCQuick Pro X comes with fifteen individual Control Center toggles, including Ringer Muted, Location, Bluetooth, Do Not Disturb, Lock Orientation, Vibrate, Hotspot, and 3G/LTE to name a few. All of these toggles are instantly accessible by invoking the Control Center as normal. There’s also a set of smaller, but still notable, improvements and additions to the installation which definitely make it worthwhile and a worthy successor to where the team left off with the iOS 9 variant. 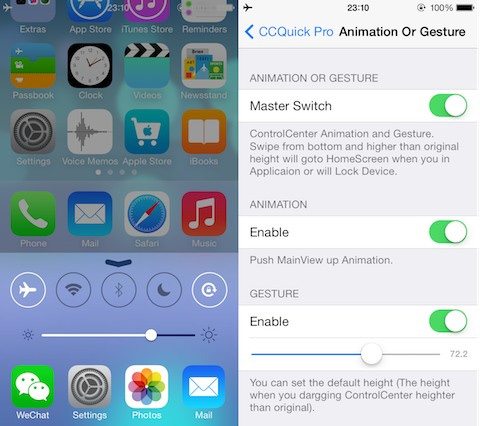 This latest addition to the Big Boss repository cost’s $2.99, and is accessible via Cydia to download with immediate effect. It’s been a must-have addition to jailbroken iPhones for a while, and with this latest release definitely continues to be so.