Capacitive Stylus for iPhone, Nexus One and HTC HD2

Last week, HTC released a capacitive stylus for HTC HD2 which is specially designed for capacitive touch-screens like the ones found on iPhone, Nexus One and HD2. Since capacitive screens can only respond to naked finger touch, old resistive stylus shipped with many Windows Mobile phone didn’t work with HTC HD2 and the likes. The biggest benefit of using a stylus is in very cold conditions, where you have your gloves on and are unable to interact with your device. With this capacitive stylus, you can operate your HD2, iPhone and even Nexus One with more precision and ease of navigation. 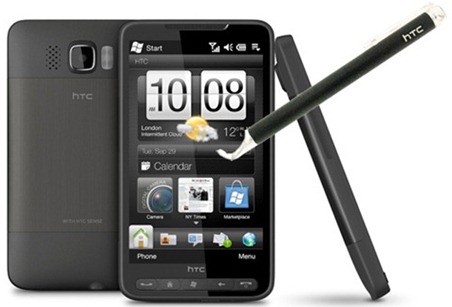 Here is a short video, published by pocketnow which shows the said stylus in action on Nexus One, iPhone and HTC HD2.

You can grab the official HD2 stylus for $25 directly from HTC, or a slightly different one like the one shown in the video for less than $5 off ebay.