BytaFont 3 For iOS 9 Released On Cydia

BytaFont, the popular jailbreak tweak that makes it easy to change your iOS device’s system fonts has received a big new release today, with BytaFont 3 now available to download from Cydia. The updated tweak, available from the ModMyi repository for free, is one of the most requested tweaks when a new jailbreak is released and its now available with full support for iOS 9.

With that additional support for iOS 9 at the top of the tweak’s release notes, the latest version of the iPhone and iPad OS is now supported by BytaFont’s Swap Mode, with compatible fonts available under the new section in the ModMyi repo named Fonts (BytaFont 3). That new section is where you will find all of the fonts that can be used to replace the stock iOS system fonts, so you might want to have a poke around that particular category on Cydia at some point. 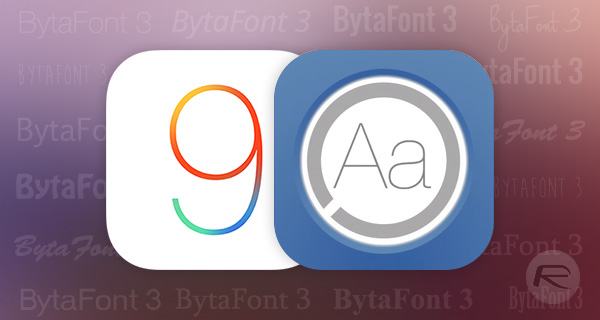 Beyond the iOS 9 support for Swap Mode, Tweak Mode has also gained some new functionality, with Semibold, Heavy and Black weights added to the tweak. The Tweak Mode is also the reason behind support for Cydget being dropped, so if you want to customize your Lock Screen, then Tweak Mode is where you will need to do it from now on.

At the time of launch, there are ten new fonts supported by BytaFont’s Swap Mode on iOS 9, and that’s sure to grow with time. As a jumping off point, we are sure you will be able to find something to get you going, but expect additional fonts to turn up in due course. 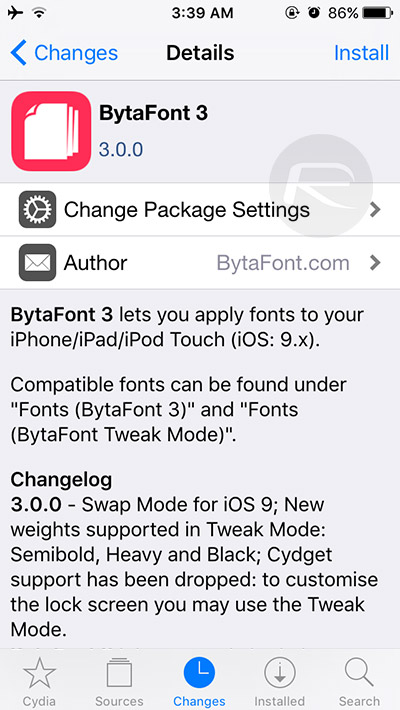 BytaFont is worth downloading for anyone who likes to change the way iOS looks, and is often a prerequisite for other tweaks available in Cydia. Download BytaFont 3 today and try it out for yourself. We don’t think you’ll be disappointed.