It’s been all change in the Apple boardroom over the last 24 months, and while some of it has obviously been unavoidable other moves have been entirely by the Cupertino firm’s choosing. The latest high profile addition to the brain trust that roams Apple’s corridors of power is the appointment of current Burberry CEO Angela Ahrendts.

Currently penciled in to take over her new role in Spring, Ahrendts will become Apple’s new Senior Vice President of Retail and Online, which is a fancy way of saying that she’ll be in charge of Apple’s growing number of brick and mortar stores worldwide as well as its ageing online presence. 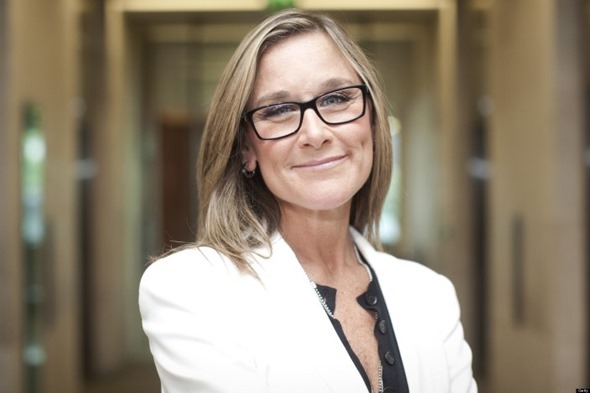 I am thrilled that Angela will be joining our team. She shares our values and our focus on innovation, and she places the same strong emphasis as we do on the customer experience. She has shown herself to be an extraordinary leader throughout her career and has a proven track record.

Obviously Ahrendts is equally pleased with the appointment, saying that she has admired Apple’s innovation over the years and the impact its products and services have had on people’s lives. In all honesty, we wouldn’t expect her to say anything less.

I am profoundly honored to join Apple in this newly created position next year, and very much look forward to working with the global teams to further enrich the consumer experience on and offline. I have always admired the innovation and impact Apple products and services have on people’s lives and hope in some small way I can help contribute to the company’s continued success and leadership in changing the world.

The move to appoint a new person to be in charge of its retail presence comes as the worldwide Apple Store presence continues to grow, with those stores raking in monumental amounts of money yearly. Whether the former head of Burberry is the right person to carry that progress forward remains to be seen, but someone at Apple is obviously sure of the decision.

At this point, it’s fairly certain that Apple has indeed started to do things a tad bit differently. Whether they are making the right decisions, or bad ones, only time will reveal.