Although Apple’s range of computers ship with set hardware specifications as standard, consumers can configure a more personalized setup thanks to the Cupertino company’s built-to-order service. For example, the MacBook Pro with Retina display costs $2,799.00 over at Apple’s online store, but if one wishes to bump up the storage space, processor speed or RAM, for example, this can be arranged at additional cost.

While the MacBook range has been at the forefront recent Apple announcements this year, current murmurings suggest a long-awaited update of both the iMac and Mac mini will be announced at the iPad Mini event scheduled for next week. With mobile currently the focal point of every tech/web inclined company, the desktops are frequently left to one side, but in what has to be seen as great news for iMac / Mac mini fans, it also looks as though both will be configurable with 8GB sticks of RAM.

Hitherto, those purchasing an iMac or Mac mini have only been able to utilize 4GB sticks of RAM, meaning a maximum of 16GB of RAM for the iMac and 8GB of RAM in the Mac mini. By offering 8GB sticks of RAM, consumers would be able to pack the iMac in with a mightily-impressive 32GB of RAM, with the compact desktop box facilitating up to 16GB of RAM. 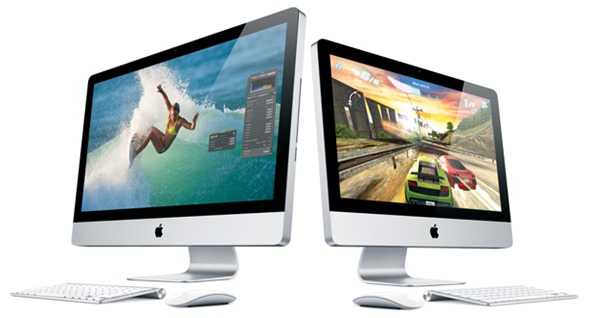 It makes sense for Apple to offer up 8GB in this day and age, and makes both the iMac the Mac mini a much more desirable purchase. With on / off talk of a Retina iMac in the pipeline, many consumers (myself included) have held off purchasing the all-in-one computing package, but with more RAM options, along with the prospect of USB 3.0 – and Intel’s Ivy Bridge processors – I wouldn’t be surprised to see some bite the bullet and grab an iMac.

October 23rd promises to be a pretty exciting event, and although the iPhone 5 event has now been and gone, there’s still plenty look forward to. Unlike that keynote – and most Apple keynotes in general, next week’s product launches won’t take place at the usual meeting spot at the Yerba Buena, but San Jose.

The rumors are flying around as you’d expect in the build up to the event, and we’ll make sure you’re informed of anything significant, so please stay tuned to our coverage here at Redmond Pie!