Buffalo Voltissimo Battery Pack Can Charge An iPhone From 0 To 100 In Just 15 Minutes!

In my general experience, the iPhone lineup of smartphones has much better battery life as compared to most Android phones out there as of today. Partially, it’s due to how you use your device, but it’s also the fact that iOS’ battery utilization and resource management is far superior to what Google’s smartphone operating system has on offer. I know I would’ve irked a lot of Android fans here, but hey, I already said that’s my personal assessment. However, as of late, iOS has been struggling with batter woes really severely, and the rapid releases of iOS 6.1.1 and 6.1.2 are testament to that fact. Fast battery drains are frequent, and while the Cupertino company is really making all the efforts to fix these, they’re having a hard time.

Another scenario where poor battery life usually hits smartphone users is whilst travelling. It’s not uncommon for smartphone users to see the demonic “low battery” message on their screens at the end of their day. During the course of my work, I have to travel a lot, and any time I am moving out of town, I tend to disable all radios on my iPhone except cellular just to make sure that my journey will not be impeded by a depleted battery. An easier answer to such issues, however, are external battery packs (which are a dime a dozen these days, really), and Buffalo has just added to that arsenal their new offering in the name of Voltissimo. 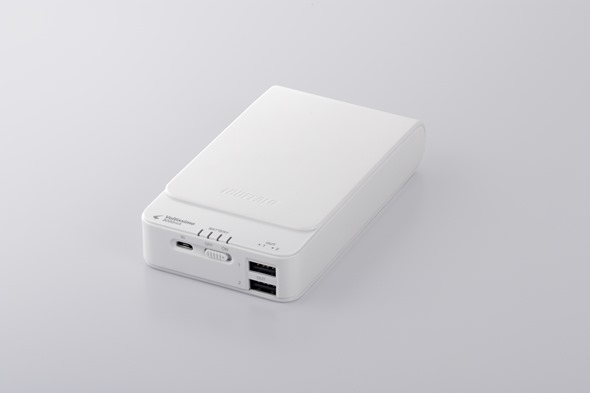 The biggest difference between Voltissimo and other similar products is the speed at which it charges the iPhone, where Buffalo claims that you can go from zero to fully charged in just 15 minutes – a mere quarter of an hour! The battery pack is available in capacities of 8,000 mAh and 4,000 mAh (priced at $235 and $190 respectively), and will start shipping mid of April. It comes with two standard USB ports, enabling it to charge two devices simultaneously, and can handle every device, from iPhone, iPad, Android tablets and smartphones etc., that are available in the market today. What’s more, since it has standard issues USB ports for output, you can charge (or power) pretty much any device that supports a USB interface. The battery pack will come in both black and white colors to add some personal flavor.

Voltissimo is not an entirely new product, in that there are a lot of contenders in this arena already. It’s biggest advantages, however, are the large battery (especially in the 8.000 mAH variant), the standard USB outlet interface, and the fact that it charges the device really fast. The last bit, however, is somewhat of a double-edged sword, since such fast charging is bound to damage the battery over time. That, combined with the rather pricier pocket load if this product, makes it somewhat questionable. Still, if you travel a lot, or like to have backup power for your smartphone all the time, Buffalo’s Voltissimo is worth taking a look at. 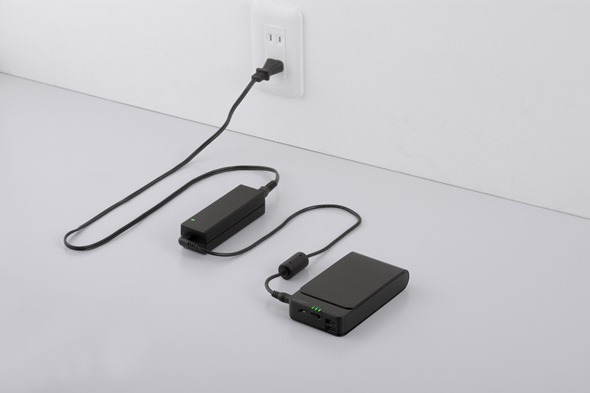 The product is available for pre-order right now.