While primary attention is still being given to desktop apps, we are slowly and steadily seeing focus shift to powerful web apps thanks to the advancement of web browsers and technologies like HTML5, CSS and JavaScript. This is evidenced by OS-level projects like Chrome OS and Joli OS as well as products like Mozilla Prism or the built-in feature on Internet Explorer 9 & Google Chrome which allows users to integrate web applications with the desktop.

While Mozilla Prism died sometime last year, its spirit lives on in the form of WebRunner (which was actually Prism’s original name). 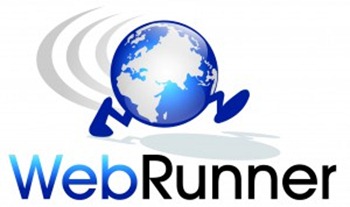 The whole concept of bringing web apps to the desktop basically involves creating a shortcut of the web app’s address in the form of an icon on the user’s desktop. When a user clicks on the said shortcut, the web app opens inside a site-specific browser or SSB. This SSB doesn’t have any of the original clutter that comes with opening the web app in a usual browser.

From Salsita Software’s page for WebRunner:

There is a major shift underway in the software world, as applications move out of the web browser and onto the desktop. This is ironic since the last 15 years have seen ever growing popularity of web apps. The truth is that users want all the simplicity of a web-based user interface but with the bells and whistles that only desktop apps can offer.

WebRunner (formerly Mozilla Prism) is a platform developed by Salsita Software using the same technology that underlies the Firefox browser. It makes it easy to turn web apps into standalone desktop applications.

Firefox, despite its increasingly bloated behavior, is still a very popular browser. It’s one of the three browsers which are most used for visiting Redmond Pie along with Safari and Chrome so we figured we’d cater to our readers who are Firefox fans.

Anyway, once you’ve downloaded and installed the WebRunner add-on from the link embedded in the end, you must open up the website/web-service you want to create a web app out of. Once that is opened, click on Tools > Create WebRunner App: 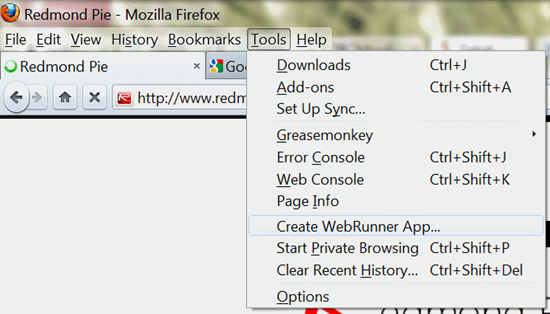 This will open up another window from where you can customize how your web app will work. We went with Show Menubar, Enable Navigation Keys and created a shortcut on Desktop: 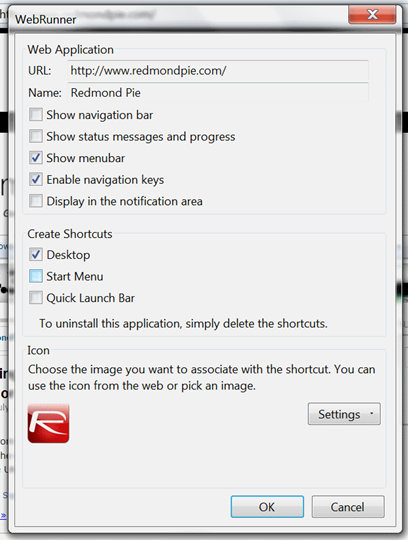 Clicking on OK will create your web app on the previously selected location. Since we chose desktop, here’s what we got: 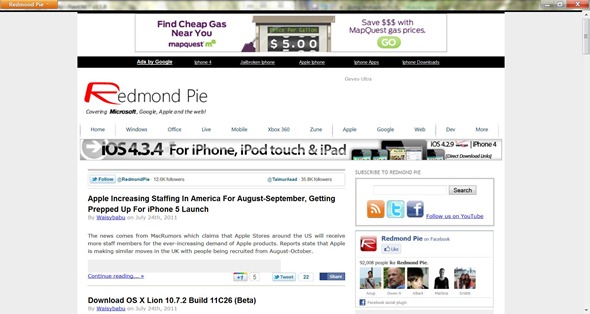 Voila! The website/web-service of your choice can now be accessed in one-click from the desktop and then be enjoyed without any of the clutter that usually comes with the browser.

Web Runner is available on Mozilla Firefox on Windows, Mac and Linux.