Bought MacKeeper? You Can Now Claim A Refund Under Terms Of Lawsuit Settlement

ZeoBIT, the development company behind the MacKeeper software, has recently been involved in a class action lawsuit that saw it being accused of deceptively tricking customers into purchasing its software with claims that it enhances a Mac’s “speed, performance, and security, by detecting and eliminating harmful errors and threats”. The outcome of that class action lawsuit has ruled against ZeoBIT, determining that customers within the United States or any of its territories who purchased a copy of MacKeeper, are entitled to a complete refund.

The lawsuit against the development company essentially claimed that the advertised features and capabilities of the MacKeeper software were not only false, but designed to trick potential consumers into purchasing the software in the hope of protecting and improving performance on their installed Apple Mac computer. 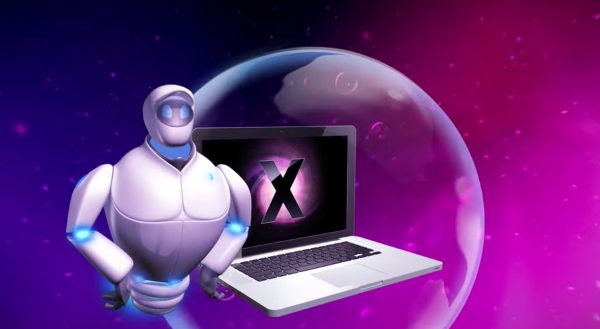 The lawsuit has determined that the MacKeeper “does not and cannot perform all of the actions advertised” and goes on to seek damages from the company for violation of Consumer Protection Law, fraud, and breach of contract.

Individuals who were duped into purchasing MacKeeper before July 8, 2015 are eligible for a full refund on that purchase thanks to the $2 million that has been set aside as part of the lawsuit settlement. Those who intend to make a claim against ZeoBIT and take advantage of this ruling must do so before November 30, 2015 by filling in the provided claim form. This can either be completed and filed online, or downloaded and mailed by visiting yenchasoftwaresettlement.com. Of course, those affected also have the right to exclude themselves from the class action suit and retain any individual right to pursue ZeoBIT separately for damages. 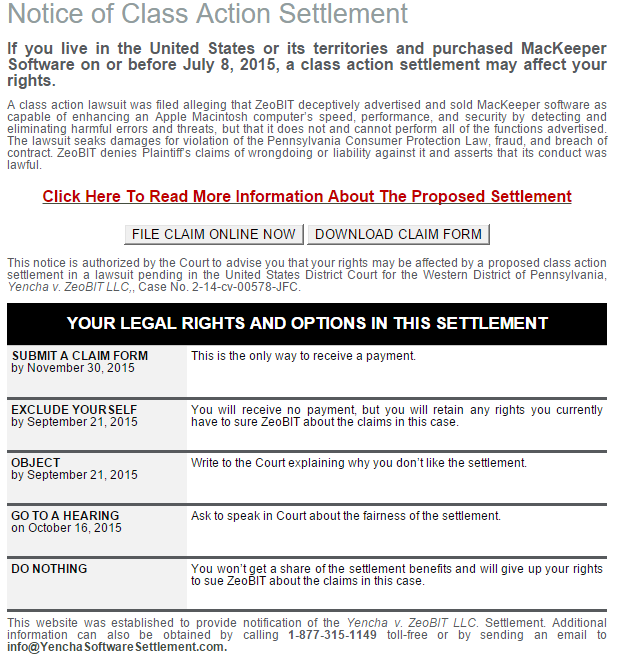 The result of this lawsuit will do little to enhance the reputation of the MacKeeper software. MacKeeper is now owned and maintained by Kromtech after being passed on a little over two years ago but still manages to hold onto the extremely negative reputation that it gained from years of aggressive advertising techniques, often showing up in obtrusive popups when browsing the web. If you feel you’ve been a victim of this then make sure you get your claim in before November 20, 2015.