A six-person startup based out of San Francisco can now count the CEO of the wealthiest company in the world as one of its early high-profile investors. Apple head honcho Tim Cook has clearly been able to see the potential in Nebia’s new water-efficient shower head technology that promises to bring with it an iconic design mixed together with a superior shower experience and projected water savings of up to 70-percent per shower taken. According to the product’s Kickstarter page we’ve all taken a shower, but none of us have experienced Nebia.

The system itself is a self-installed shower system that comes equipped with an adjustable bracket and a portable wand installation that “showers you like never before”. Regardless of the actual technology that powers this thing the terminology used in the marketing spiel is enough to get our backing. Speaking of the science behind it; Nebia is unique in the fact that it puts water through a process of atomization that helps cover ten times more surface area than what is dispensed by a regular shower system. 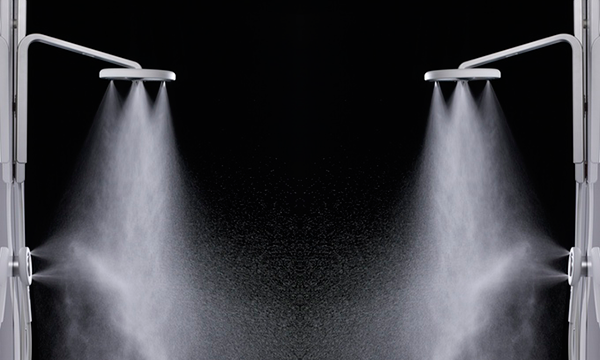 That increased surface area means more water makes contact with your body, therefore offering cleaner, more hydrated skin all with the added benefit of using significantly less water than a normal shower. Nebia’s calculations and provided information suggests that the self-installed system will utilize 70-percent less water per shower and when installed in an average U.S. home, will pay for itself in under two years. It’s not difficult to see why over 600 (at the time of writing) Kickstarter members, as well as Apple’s CEO Tim Cook and a host of other high-profile investors, have chosen to provide financial backing to Nebia. 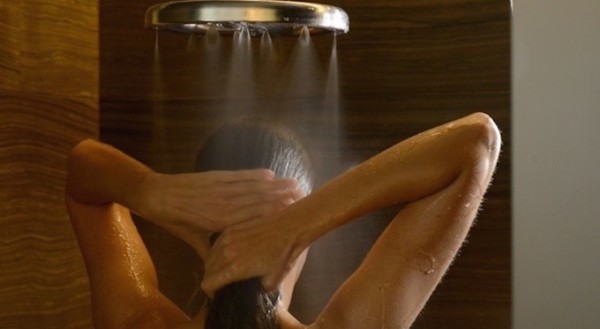 Nebia’s shower system has certainly been put through its paces at some high-profile places of business prior to launching on Kickstarter. The system has been tested by a variety of individuals at huge companies like Google, Apple and Stanford University, as well as in a great testing ground at Equinox Gyms. Tim Cook’s investment into the future of the company appears to have come off his own back and has nothing to do with Apple. There’s obviously something about this particular product that appeals to Cook’s desire to conserve resources and save the planet in the process. The shower system is expected to start shipping somewhere in May next year.

For a closer look at the product, check out the video below.