BitTorrent has officially updated and launched its first secure messaging service – called Bleep – on iOS, Android, Mac, and Windows platforms. All messages are encrypted, and operate through a direct peer-to-peer connection, meaning no conversations stored in the cloud. More details and download link can be found right here.

We first saw Bleep back in July of last year when BitTorrent released the messaging app as an invite only pre-alpha, before going public with the experimental builds for Android and Mac back in September. What has kept fans interested is the app’s lack of interest in your personal information to set up an account with just a nickname required, while users can also be found using specific Bleep keys. 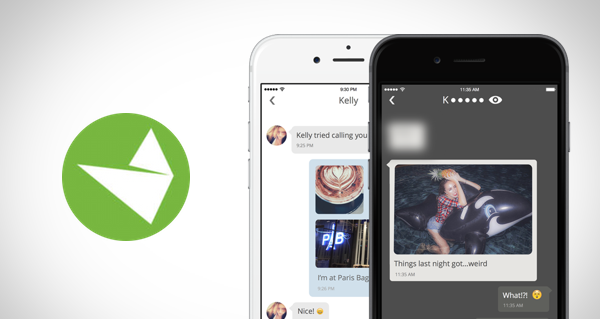 With end-to-end encryption minus cloud storage, Bleep is easily one of the rare few secure messaging apps out there right now that can actually let you not worry about leaks or snoops. On the features front, Bleep is offering Whispers, where any text or pictures you’ve sent to a user will disappear after they’ve been read / seen. Naturally, you get the more simple choice of standard messaging as well, which will be stored locally on devices. That said, there’s no way to avoid the infamous screen grab for now, but Whispers will resist that by blurring nicknames and texts. Interestingly, Bleep is also offering the ability to place calls as well over the Internet, which as you would’ve guessed by now, will also be encrypted. 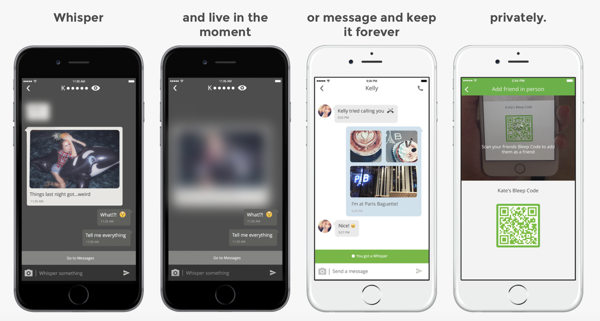 BlackBerry Messenger, iMessage are some of the services that reportedly offer end-to-end encryption, but like many messaging apps, conversations are stored in the cloud. So if that makes you nervous, Bleep is easily the perfect solution to keep you conversations truly private and secure.

For now BitTorrent is planning on keeping Bleep limited to one device per user, but multi-device support is in the works for the next update, which means users will be able to sync their messages across all connected devices. While the plans are to keep Bleep’s basic functions free for all consumers, certain advanced features which would be coming down the road could end up being charged for.

Bleep is available on multiple platforms, as we mentioned above, and you can download the iOS version from here, Android here, Mac here and Windows here.