Some jailbreak tweaks are worth the hassle of jailbreaking your iPhone all on their own, and Delicious Inc’s BiteSMS is one tweak that definitely falls into that category. BiteSMS has been around for a long time, and it just keeps getting better and better.

Today the folks behind BiteSMS handed out some very good news after one of its forum moderators informed a fan that the development team behind the tweak is working on an iOS 8 update for it, and that it should be available to download from Cydia within a couple of weeks. It appears as though the team behind BiteSMS were holding off their own update until Pangu8 was updated with support for Cydia right off the bat. 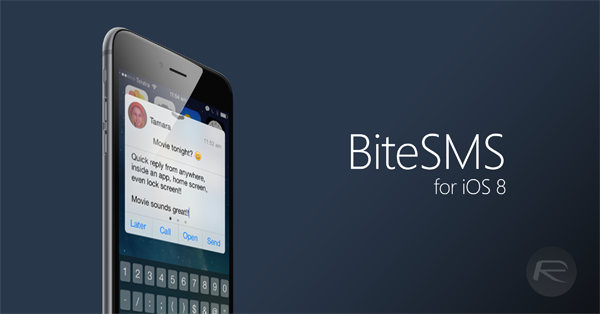 The update will be a free one for existing users, with a $7.99 cost associated for those new to the tweak and don’t want to see any ads.

“Just got an email back from one of the moderators, they wanted to wait for the official release of Pangu w/ Cydia bundled to try and update their tweak to work with iOS8. Said it might take awhile and should be released in the next couple of weeks.” 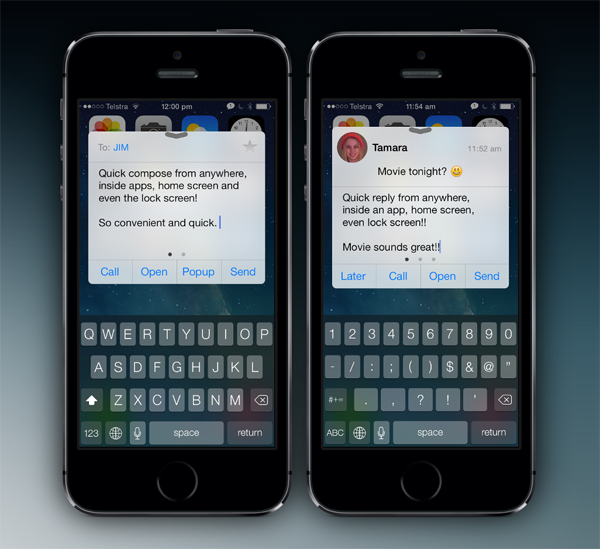 BiteSMS has long been the go-to tweak for people wanting to extend the abilities of Apple’s built-in Messages app or, more accurately, replace it entirely. Lock screen replies and messaging from anywhere was available long before iOS officially got such features in iOS 8, and all thanks to BiteSMS. The new update will be an interesting one, and users will be looking forward to seeing what’s new this time around.

We can’t wait to see what Delicious Inc. comes up with. And when the update is available for everyone to download, we’ll surely keep you posted, so keep an eye out!