Bing For iPad Updated With A Revolutionary And Never Before Seen Search Technique! [VIDEO]

Microsoft’s beautiful native app for their Bing search engine on iPad has been updated featuring – besides the usual UI optimizations and bug fixes – a new Lasso tool. The app was launched back in April and received great reviews for its outstanding search experience that was built from the ground up to cater for the iPad. 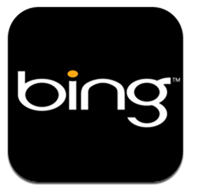 In order to search from the iPad one needs to go through up to nine steps on the iPad. Steps such as copying text, closing current app, swiping to another homescreen to launch the Bing app, pasting the text and finally tapping on “search”.

The new “Lasso” feature has been developed in order to cut down the amount of steps (and consequently: time) it takes to do a search. It works by allowing users to encircle the term they want to search with a, well, encircling gesture. From the video demo Bing Team has uploaded, it looks to be pretty easy to pull off.

The updated app also includes an improved movie experience, the ability to view the last six Bing homepage photographs as well as other little tweaks and under-the-hood fine-tuning to enhance the UX.

We’re pleased to release an update to Bing for iPad, rolling out later today in the app store. In this release we made some improvements that you asked for and are excited to introduce a new feature called Lasso. Designed for touch-friendly devices, Lasso is a new way to search with the touch of a finger.

From our research, we know that many searches are inspired by things people see on the web. Today, it can be somewhat painful to search on a tablet when you’re engaged in reading something; just copying and pasting pieces of text from a webpage to a search box can take up to nine steps on the iPad. With Lasso you can circle and search in just two steps.

You may download the free, universal app from the iOS App Store from the link embedded below.