BBM For Android APK Download Leaks; Comes With A Catch

BlackBerry Messenger (BBM) is coming to Android and iOS really soon. The faltering company announced back in May of this year that they were in the process of porting their once popular messaging platform to multiple platforms, but it looks like the Android version has managed to make an appearance a little prematurely. That’s right folks, BlackBerry Messenger for Android has somehow managed to leak out to the public, but executives don’t need to worry just yet, as it’s entirely unusable without prior permission being granted.

Rumor has it that the official (re)launch of the now cross-platform messaging system will be coming in the next few days. BlackBerry themselves have done little to dampen the speculation after sending out a bunch of invitations to a dedicated event to be held this Wednesday. It’s likely that the event will be used to discuss BBM in a lot more detail, including the ability that it will provide to users for messaging across platforms like Android, iOS and BlackBerry’s own BB10 operating system. 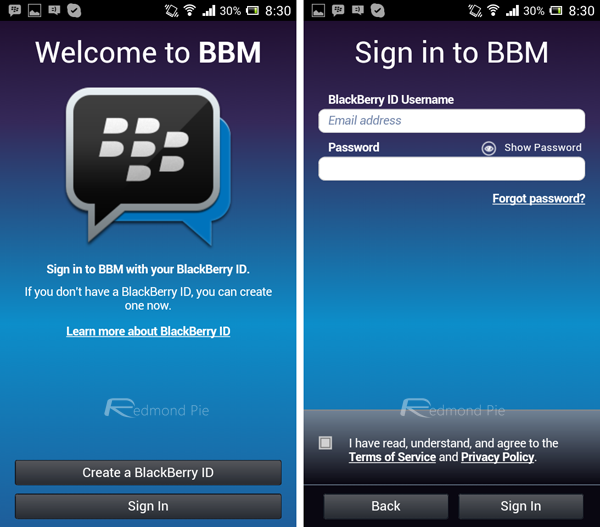 The leak of the Android variant of BBM couldn’t really have come at a better time for BlackBerry. The launch event for the software is so close that it wouldn’t provide any great issues for the company even if the leak was fully functional. However, it also gets the technology loving community talking about the messaging platform which will ultimately drum up interest for when the app is live. As it stands at the minute, the leaked version that we are seeing requires prior user ID authentication to actually work, so it’s nothing more than an aesthetically pleasing shell at this point. 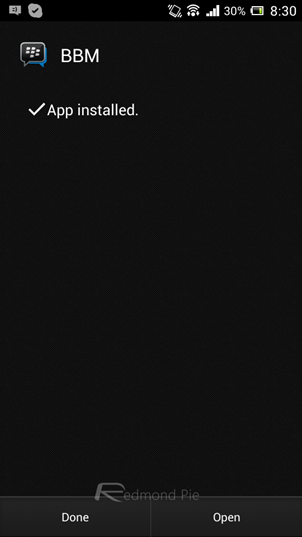 Users who intend to get involved with the new BBM will first of all have to have their BlackBerry IDs authenticated with BlackBerry’s servers before the product will work. Unless you are an official beta tester of this port, then it’s unlikely that your ID will be able to sign into the leaked app. There’s always the option for you to beg and plead with BlackBerry to get your user ID whitelisted on their servers, but we wouldn’t hold our breath on that one.

It’ll be extremely interesting to see what the future holds for BBM and if the decision to go cross-platform has the desired results. If the September 18th launch date proves to be accurate then we don’t have long to wait.