Exciting developments and innovations are around every corner, a lot of which is driven by unique startups looking to capitalize on a corner of the market that is as of yet untapped. Automatic, a startup that produces connected adapters and accompanying software designed for motor vehicles, is one such company doing exciting things in that particular space. In an effort to diversify its offerings and further cement its position as an industry leader in its own field, the company has today announced the rollout of a new software development kit (SDK) for third-party developers as well as an accompanying dedicated gallery for developers to showcase their apps designed to extend the functionality of any vehicle with a connected Automatic adapter.

In an effort to hit the ground running and give developers a little bit of initial inspiration Automatic has been working silently behind closed doors with more than 20 developers to build a range of applications that currently populate the Automatic app store at launch. All of the currently available apps, as well as any that are developed going forward with the newly released SDK, extract information about the vehicle directly from the connected adapter that sits snugly in the car’s diagnostic port. To make this possible the company has also announced a new adapter that has been updated to make it possible for real-time data about the vehicle to be streamed directly to apps running on an accompanying smartphone. The new adapter even features its very own GPS chip, logging every trip you make using your vehicle. And something which was not available in the previous adapter; the new one has dual Bluetooth support, allowing it to stream data to two apps at once. 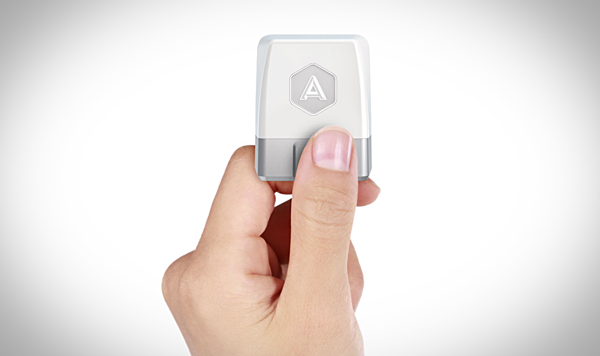 The Automatic app gallery features titles such as Concur, a third-party creation designed to track mileage from individual trips with the purpose of submitting expense reports a lot easier. There’s also apps built for convenience such as the official Automatic Nest app that can pre-heat the user’s home when the vehicle arrives at a particular destination. Or the official Pebble app that can record where the vehicle has been parked and send that information directly to a connected Pebble smartwatch on the user’s wrist. There are also apps for individuals who like a little bit of beauty and performance such as OBD Fusion, a third-party offering that reads OBD-II vehicle data and displays it in a beautiful dashboard with stunning customizable gauges and indicators. Tracking fuel economy has never been so easy, or pretty.

Anyone who happens to own an existing Automatic adapter will be able to take advantage of the new app gallery, although some of the apps will require an adapter upgrade to utilize the real-time streaming data. Updating to or purchasing the latest adapter is available immediately at a cost of $99.

You can check out the range of apps available by pointing your browser to: automatic.com/apps/