We try our level best to present you with the very best custom launchers here at Redmond Pie, and today, aShell Launcher Homescreen by Mobilityflow and Digital Mind Development certainly doesn’t break the mold.

A custom launcher – for those uninitiated – allows you to customize your Android device’s home screen in just about any way, shape or form – adding different apps, styles and behaviors to create different experiences.

Those who like to be safe when it comes to their smartphone may not like the idea of installing a custom launcher. However, if you can get over the fact that they do take up space, and can often reduce the overall speed and reliability of your device (as with most forms of modding), then you can garner some brilliant results.

The Espier Launcher, for example, will make your Android-based device look uncannily like Apple’s iPhone, while Espier Launcher HD makes any tablet running Google’s mobile OS look similar to the fruit company’s flagship iPad. Conversely, however, aShell doesn’t look to imitate, and the collaborative teams have created a rather innovative shell which they describe as their "vision how mobile UI should look".

It features a docking bar with usable calls log, text messages and task manager, as well as a handy on-screen settings button from which you can control a bunch of useful features. As you can see from the screenshots, the claims of beauty aren’t unfounded: 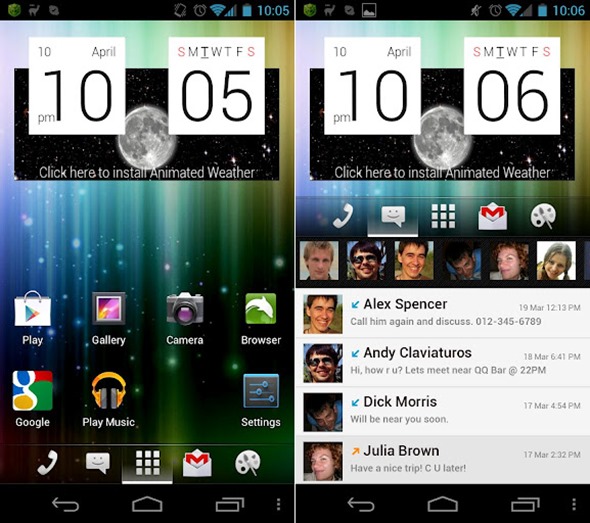 The skin, like most these days, is Ice Cream Sandwich style, and the animated 3D clock widget, along with the nifty, unique little “docbar” render aShell Launcher Homescreen a very interesting shell which isn’t afraid to be a little different.

It has a pretty strong rating right now on the Google Play Store, and while still not what one would consider to be the finished article, the devs want people to try it out and offer a constructive critique in order for the launcher to be improved next time around. 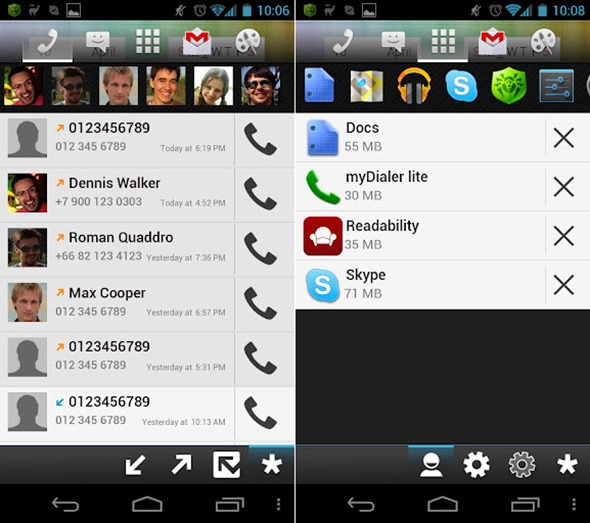 It’s completely free of charge, and can be downloaded via the link below.