Another week, another free iOS app! You’d be forgiven for taking this initiative by Apple for granted, but it never fails to impress. Today’s title, which happens to be a game, usually retails for $1.99 on the App store, but is free to download on the iPhone and iPad till next Thursday.

Called Super Arc Light, it’s basically an arcade shooter that the developer describes as “Super Hexagon meets Geometry Wars.” As has become the trend these days, the game features minimalistic graphics that is followed up by an even simpler means of gameplay control which involves the use of just one button per se. 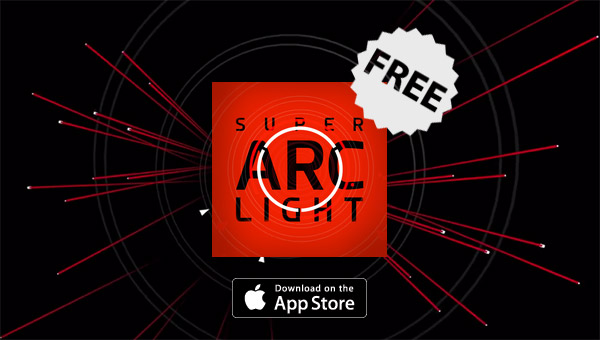 This one button control gameplay delivers a fast-paced retro shoot-em-up experience that will leave you on the edge of your seat! Survive for as long as you can, taking down tough enemies with speed and accuracy for the ultimate high score!

As the name of the game suggests, the entire gameplay is wrapped around an arc that your gun/ship, whatever you wish to call it, revolves around with enemy ships/bugs – again whatever you choose to call them – approaching towards the arc that you must protect. How do you do that? Well you will be spinning wildly around the arc as the enemies approach, holding down the button will slow it down and allow you to fire back automatically. Lifting the finger and then pressing it again will make your ship move in the other direction.

This here is what you need to keep your wits about with the levels becoming increasingly challenging as you proceed further. 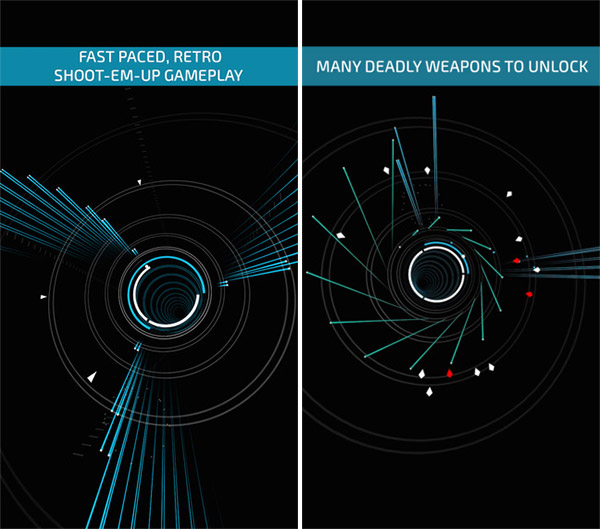 Of course, it wouldn’t be fair if your weapons didn’t upgrade in the face of the odds increasing against you. So in pure arcade fashion, there are “numerous weapons to unlock, each with their own spectacular visual effect” which you can use to “light up the skies as you destroy your foes in an epic display of space warfare.”

If you’re feeling a bit too confident, there is the ability to increase the difficulty as well, which gives you just 3 lives to work with. If you feel you’re up to the challenge that Super Arc Light presents, head over to the App Store via the download link below and begin zapping those bad guys threatening your arc!

(Download: Super Arc Light for iPhone and iPad from the App Store)