Back when smartphones first became a reality in most of our lives, we quickly began struggling with managing all of our installed apps, as app stores have become increasingly filled with games, productivity apps, weird camera apps and even completely useless utilities. AppSpace is a new app launcher for Android that takes a different approach, placing apps in a virtual space, associating your favorite apps with different physical objects which are placed in a virtual “room”.

This launcher portrays each app as an “object” which is placed in a virtual room: by default, it looks like a messy office, much like many of our offices. During setup, you simply need to associate one app with an object that you already associate it with: for instance, you might associate the Spotify app with a large set of stereo speakers, or your favorite e-commerce app with a handbag. This can be done by simply pressing a button on the bottom-right corner of the screen and tapping on each object, which will bring up the list of all installed apps for easy selection.

Should you wish to change an office for any other kind of space, this is possible as well by downloading other themes from AppSpace’s own theme gallery. Themes include “School Day” and “Audio Addict”, which can be downloaded and applied in less than one minute. Whichever theme you are using, the functionality is exactly the same, and so is the amount of apps that you can have per widget: up to 27. If you run out of space, there is no problem: you can just add another widget to your start screen. There aren’t that many themes available as of yet, but given how new AppSpace still is, there is no reason why hundreds of themes can’t be created within the next several months. 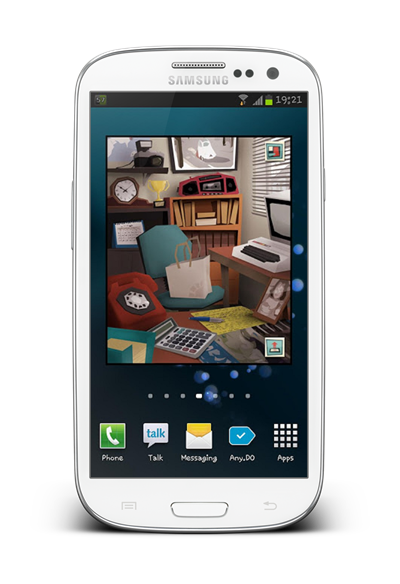 In many ways, AppSpace represents quite an interesting approach to the organization, ditching design minimalism for real-world three-dimensional designs. While it might not be every user’s cup of tea, it will be interesting to see whether this app will be able to find its niche over the next few months. 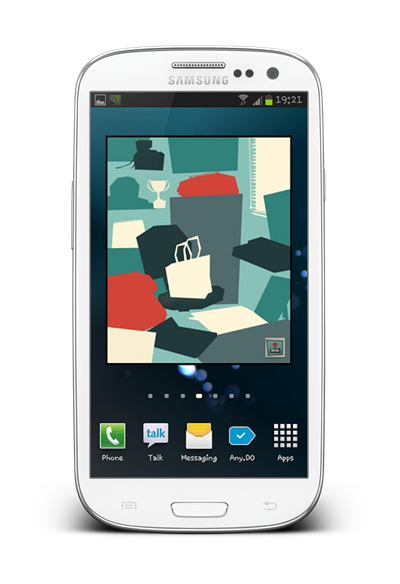 The widget is available from the Play Store today, completely free of charge. It is supposed to function on most major Android smartphones, as well as tablets with a screen smaller than 7 inches. According to the developer, the Samsung Galaxy Mini is not supported yet.