It has become apparent over the past few weeks that Apple could be planning two new iPhones later on this year as opposed to the customary one, and while the smaller of these two handsets will offer a reasonably bumped 4.7-ish-inch display, rumor has it that the higher-end ‘phablet’ variant will boast a ~5.5-inch panel. Adding fuel to the fire, a new report out of Taiwan suggests that the larger handset will utilize sapphire-glass, while its down-sized counterpart will continue on the Gorilla Glass trail. Speculatively, the report also makes the suggestion that the “experimental” larger device will drop the ‘iPhone’ branding, although such a move would seem very, very unlikely.

This Taiwanese report is the latest of a long line of outlets to suggest that there’ll be two new iPhones later this year, and although the idea of a 4.7- and 5.6-inch (as the report suggests) iPhone does represent a huge leap from the current 4-inch display of the flagship iPhone 5s, Apple knows that would-be consumers are going to Android for something larger. The iPhone range kept the display at 3.5 inches right up until 2012’s iPhone 5, but in keeping the 5s retailing alongside these two notably larger smartphones, Apple will, for the first time, offer a varied choice.

The notion that the full-size iPhone 6 will go with sapphire-glass is also plausible, but as experimental a step as this may be, it’s very unlikely to drop the ‘iPhone’ branding. Doing so would be a source of confusion, and considering that iPhone is the single biggest-selling smartphone on the market, would make very little business sense.

Meanwhile, the report also concludes that the 4.7-inch model will stick with the less robust Gorilla Glass finish akin to the iPhone 5s, and even though it was thought that the two new iPhones could be virtually identical in every aspect besides size (think iPad Air / iPad mini 2), it may well be that Apple has even bigger plans for the bigger device. 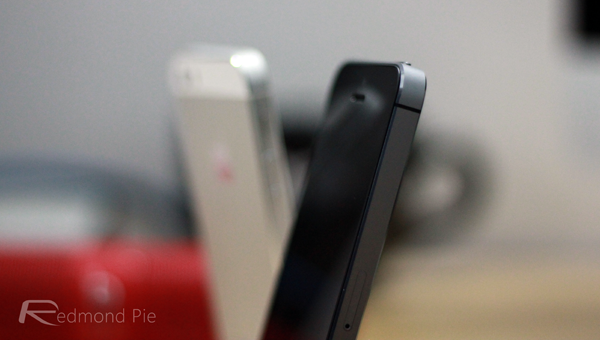 In terms of form factor, a couple of leaks have pointed to an iPad-like design language, although at this point, it’s way too early to take anything too seriously.

Supposing, however, that Apple did drop the iPhone moniker for the larger device, what do you believe it would be called? Would be interested to hear your suggestions, so be sure to share them with us below!