It is already known that Apple Watch will be eligible for being covered by the AppleCare+ program, but there is no real word from Apple on just how much it will cost, given the three types of watches that the company is throwing into the mix. There may not be any official word on the matter, but a leak of internal Apple screenshots do tell part of the story. Head over the jump to find out more.

The leaked screenshots – courtesy 9to5Mac – suggest that AppleCare+ may just be priced differently for all three models; something that is hardly surprising given the retail price differences between the three. Apparently, AppleCare+ for the aluminum-built, entry-level Apple Watch Sport will cost users $59 dollars only, and the warranty on the wearable will be extended to two years from the time of purchase.

Meanwhile, the mid-tier stainless steel model Apple Watch with the sport band will set users back $79, and the warranty on this wearable will be extended to two years from the time of purchase, akin to the Apple Watch Sport. It is interesting that the screenshots also mention the band type as well, and it’s unclear at this point whether the strap of choice makes a difference in the price of AppleCare+ or not.

The gold-plated Apple Watch Edition costs as high as $17,000, and hence the price of extended coverage for this particular wearable comes down to a whopping $999. Again, this price is cited for the watch with a midnight blue leather band. $999 will get your warranty extended by three years from the time of purchase. 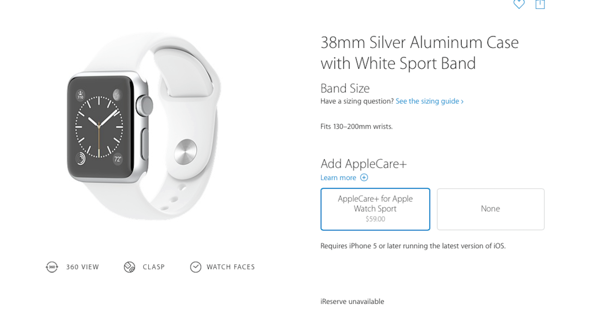 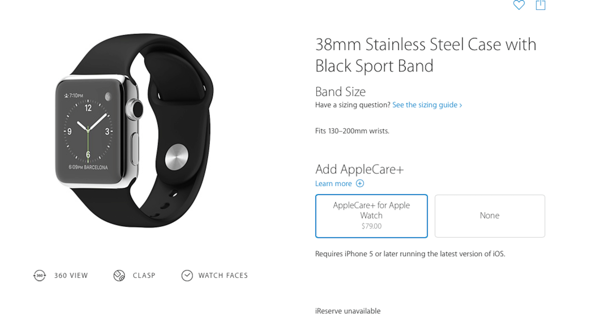 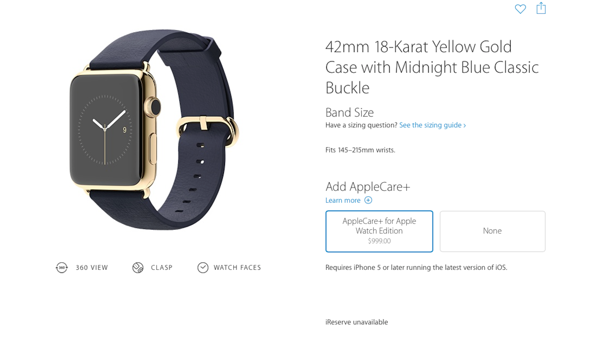 It remains unclear how much accidental repairs would cost when the program is up and running following the launch of the Apple Watch. To put things into perspective, Apple charges a $79 service fee for each time an accidental unit is brought in for fixing, and such coverage is limited to two visits only.