In a Q&A relating to the storm kicked up by the news iOS is collecting location data on its users, the iPhone manufacturer let slip that the company is working on an improved traffic service based on anonymous data collected from its hardware. 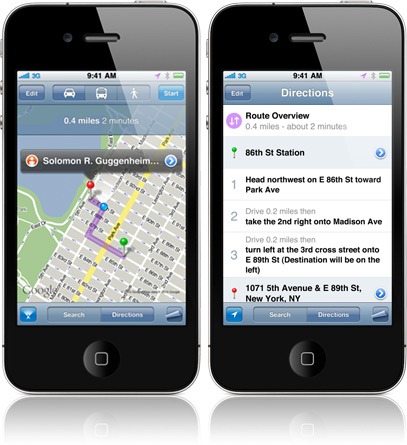 Q: What other location data is Apple collecting from the iPhone besides crowd-sourced Wi-Fi hotspot and cell tower data?

A: Apple is now collecting anonymous traffic data to build a crowd-sourced traffic database with the goal of providing iPhone users an improved traffic service in the next couple of years

Apple didn’t mention whether this would be part of a new turn-by-turn navigation feature, but as MacRumors points out, the Cupertino firm has been hiring people with expertise in mapping and navigation systems since way back in 2009.

Google launched its own navigation software for Android around that time too, and despite early claims from the search giant an iOS version hasn’t been forthcoming. While there are no shortage of apps that do an admirable job of getting people from A to B in the App Store, an Apple branded app – perhaps even built right into the OS – would be a real selling point for many.

Still, the ‘next couple of years’ is a long ways off.