Another day, another patent victory for Apple as a German court has found them in favor against Motorola Mobility. It’s been an extremely active few months for Apple in the legal department and although a San Jose-based courtroom was in favor of Apple against Samsung, that particular case is far from over as Apple seek to have a number of Samsung smartphones and tablets banned from sale in the United States.

The verdict that is coming out of Germany is a big blow for Motorola Mobility. The case revolves around the rubber-band type physics that can be experienced when scrolling through various controls/views that come as part of the iOS platform. iOS developers will be more than familiar with this, but for other users out there; it relates to the rubber-banding effect that happens when scrolling to the end of a table view or web view.

One of the more enjoyable aspects of iOS is the gorgeous and fluid animations and effects that are felt throughout the platform, with this particular patent being one of the more notable and widely used through Apple’s iOS devices. Apple has already had previous successes with this patent and has won a similar case against Samsung in the United States, with a German court in Munich now deciding that a similar decision should stand.

The 381 patent is the American equivalent of the European EP2126678 patent, and the bad news for Motorola is that Judge Dr. Peter Guntz and his dedicate panel have decided that the company has a number of devices in circulation that infringe upon that patent. As a result of the ruling, the most valuable company in the world have placed a 25 million Euro bond in order to force Motorola to stop selling the affected devices as well as having the option to force Google’s smartphone division to recall all devices if an additional 10 million is placed down. 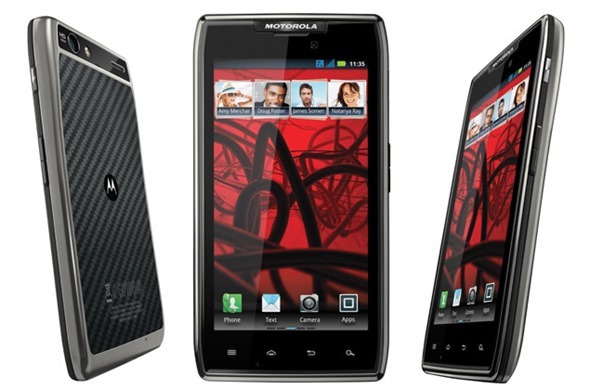 Apple is clearly on a roll of victories against companies who feel they have a case against the Cupertino giants, especially Motorola, as this is the third patent victory against them. It may be time for Motorola to cut their losses and stop trying to go down this legal route. Although Apple is riding high, the release of the LTE-enabled iPhone 5 could bring some unwanted legal attention from Samsung, considering they hold so many LTE-based patents. Stay tuned for that one.