The Apple Watch may not be to everyone’s liking but it’s undoubtedly a product that is going to be around for a long time to come. Tim Cook and his men have invested a lot of time and research into the design, development and engineering of the product in an attempt to bring something that’s currently unmatched on the market, and let’s be honest, they’ve succeeded at the first attempt. So, if it’s going to be a device that will be here for the long-haul, we may as well see what it’s capable of, right? That’s exactly what a bunch of well-known iOS developers and tinkerers have done.

Steve Troughton-Smith, Adam Bell and Jay Freeman (aka Saurik) have successfully managed to penetrate the security layers of Apple’s watchOS to get truly native UIKit and SceneKit apps up and running. Apple announced that the ability to run native apps will be coming during WWDC, but creations have so far been limited to apps that accompany a native iPhone or iPad application from the App Store. Not content with getting native apps functioning, the trio went a little further in the hours that followed. 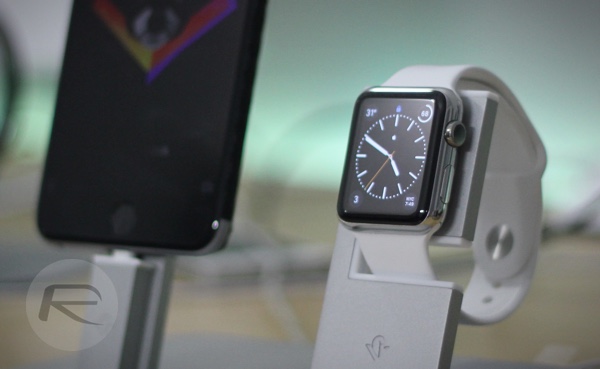 Developers shed a little tear of excitement when Apple announced that watchOS 2 will allow native apps to be pushed out for the Watch. However, it seems that not all developers are particularly happy with the levels of access and power that is provided as part of the SDK. This has led this particular trio of developers to play around with the system to create a nano file browsing app that comes with system access that is akin to what jailbreaking actually allows on a liberated iPhone, iPad or iPod touch.

The tiny screen of the Apple Watch isn’t exactly the best real estate for an application of this nature, but the fact that it’s a functional one and harnesses a higher level of access than what Apple provides to developers should act as a stepping stone to potentially creating perfectly engineered third-party apps for the Apple Watch that actually offers great features and functionality.