Rumors have been ongoing for some time, perhaps even years, in the suggestion that Apple would be ditching the little black Apple TV box in favor of something more substantial, like a connected TV. But while certain analysts seem adamant that this will be the case, the time has not yet come, and for the time being, we’re to make do with the device that Steve Jobs once described as “hobby.” Yet, while there hasn’t been much by way of updates in the past couple of years, the short period of time following WWDC has seen quite a bit of new Apple TV content added, and as well as Disney, ESPN and a plethora of others, it looks as though soccer and Disney fans now have something to shout about.

MLS, or Major League Soccer, has, as yet, only been represented on Apple TV via ESPN, but with a new, dedicated channel now created for the Cupertino’s streaming set-top, soccer fans can now get their fill. The new service works in conjunction with MLS Live, which is the subscription service most fans will already be familiar with, but there is plenty of free-to-view content besides. 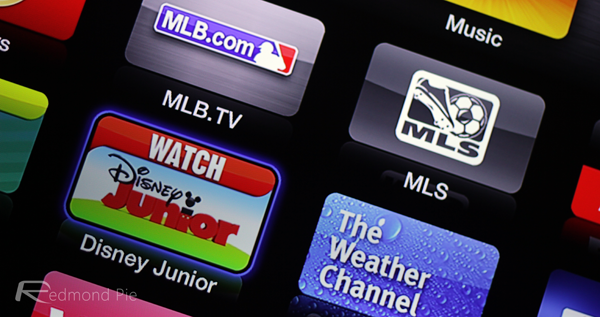 Also included are are a bunch sub-channels, and you can find all kinds of information relating to your favorite club as well as league standings and upcoming fixtures.

Although we’ve heard nothing to suggest that Apple is now finally going to focus its efforts on a more significant entry to the TV market, this continual signing of new deals with content partners – as we’ve seen a lot over the past few months – may be the company’s way of laying the necessary foundations.

Also, Disney Junior is also making its debut on Apple’s set top box. If you have kids at home, this is something that will likely appeal to them – or you, maybe.

Steve Jobs was once quoted as saying that his company “cracked”  the TV market with an as-yet unreleased product, and although today’s Apple is very much led by Tim Cook – an emollient character with his own set of ideas – we’d still like to think that the product line doesn’t begin and end with Apple TV. 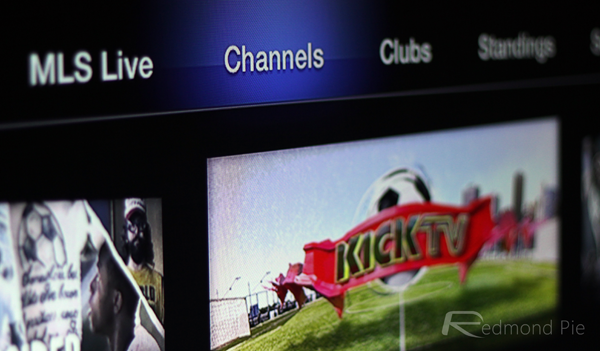 Still, if you do own an Apple TV set top box, you can now enjoy your favorite soccer highlights and replays right from the new MLS channel. It’s pretty neat, you should definitely give it a shot.

Thanks to Patrick Schroeder for the hat-tip!