There have been software updates flying around like confetti for the last few days, and while the Mac, iPhone, iPad and even the iPod touch have all received new versions of their software recently, it seems that someone inside Apple still had time to remember the company’s hobby.

That hobby is of course the Apple TV, and today the little black box has received a new update to its own custom version of iOS, this time bringing the software version number to the lofty heights of 6.0.1. It’s not quite parity with the other iOS devices on Apple’s books, but considering it’s not really iOS as we know it that powers the Apple TV, then we really shouldn’t pay too much attention to that.

The update, which is available to download now for free via the Apple TV’s built-in software update feature, doesn’t appear to being a great deal in the way of new features. Hence, we’re assuming that the new firmware, which is 6.0.1m is merely here to provide a boost in performance and some stability improvements. It might not be quite as sexy as a new layout, but it’s better than nothing that’s for sure.

It was Apple TV iOS 6.0 that saw a raft of new features and services arrive on the Apple TV back in September anyway, so this update is clearly to address issues caused by that. The likes of iTunes Radio and AirPlay from iCloud were added last month, and they’re just two of the more interesting features that Apple brought to the streaming hardware that it likes to forget about. 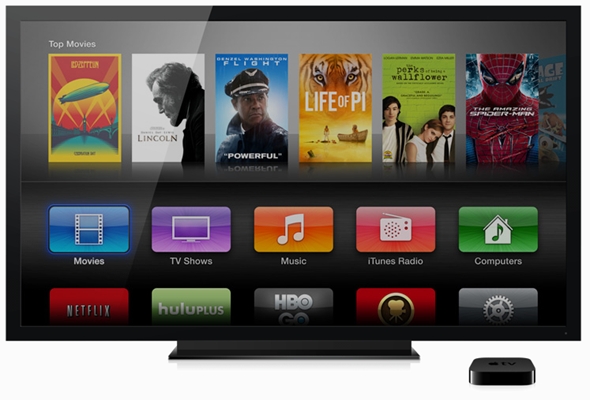 It’s safe to say at this point that the Apple TV isn’t a priority for the Cupertino firm, but the steady stream of updates that nevertheless keep on arriving should provide hope for those of us that still wish for something a little more beefy from Apple when it comes to the home entertainment market.

Considering how the Apple TV didn’t see a hardware upgrade this year, it would be interesting to see what Apple has in the pipeline for us in the coming year. We have our fingers crossed for this one.

You can directly download the new and updated firmware from the links which we’ve embedded below.