The most recent research note released by KGI Securities analyst Ming-Chi Kuo predicts that Apple’s iPad Air 3 will ship early next year without the integration of 3D Touch technology due to issues around producing displays of that size with pressure sensing tech built-in. That will likely come as a disappointment to consumers planning on embracing the third-generation iPad Air, but there could be some good news. A new report suggests that Apple is working on scalable next-generation pressure-sensing technology that could be integrated into any of its iOS devices, regardless of size.

Apple’s decision to research on this type of scalable technology has come about due to the fact that the Cupertino-based company’s 3D Touch tech is currently unable to accommodate the larger displays found on the iPads. Issues have been experienced while trying to integrate pressure-sensitivity into the 9.7-inch iPad Air, meaning that there’s literally no hope of adding the functionality into any new iPad Pro while it’s in its current state. This conundrum has apparently backed Apple into a corner, where the only viable solution is to come up with a new technology that can be added to any device, according to sources.

This is undeniably great news for the future of Apple’s iOS-powered mobile devices, but it does come with a small downside. The same source is suggesting that although the company is actively working on the new tech it won’t actually be in a production state in time for the release of the third-generation iPad Air, or the iPhone 7 for that matter. That means that we are unlikely to see an iPad or iPhone ship with this scalable 3D Touch technology included, until the early part of 2017. With those timelines in place, iPad Air 4 could potentially be the first Apple product to benefit from this advancement. 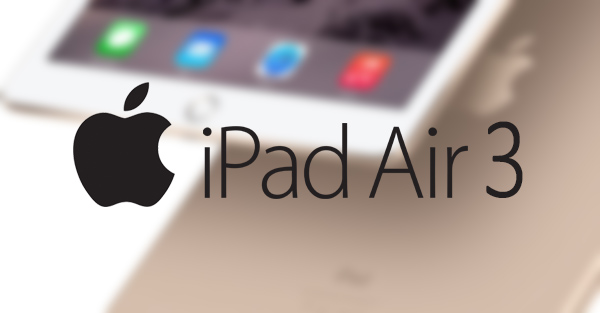 Considering the attention that Apple has paid to 3D Touch on the iPhone 6s and iPhone 6s Plus, along with the fact that Tim Cook’s company calls 3D Touch the “future of multi-touch”, it makes perfect sense that the company would be investing significant resources into protecting the future of the technology. It may be a while away yet, but we can expect to see all of Apple’s mobile devices shipping with pressure-sensitive tech in the coming future.