Apple lawyers has told a judge in the United States District Court circuit that unlocking an iPhone with the intention of accessing the files and data stored on it would be “impossible” if its running one of the latest versions of iOS; 8.0 – 9.x. Those representing Apple did however admit that the company does have the technical ability to assist law enforcement officials in individual cases when it comes to unlocking older devices that are running less secure and less advanced versions of its mobile platform, that is versions below iOS 8.0.

Apple was invited to provide some insight into the technical possibilities of device unlocking by a federal magistrate in Brooklyn, New York, as part of a Justice Department case that has been attempting to force Apple to offer assistance in unlocking an iPhone that has been seized from an individual during an ongoing case. In the filed papers, Apple said that granting the request for approximately 90% of iOS devices in existence running iOS 8 or above would be “impossible to perform” due to the strengthening of internal encryption methods in the latest firmware. 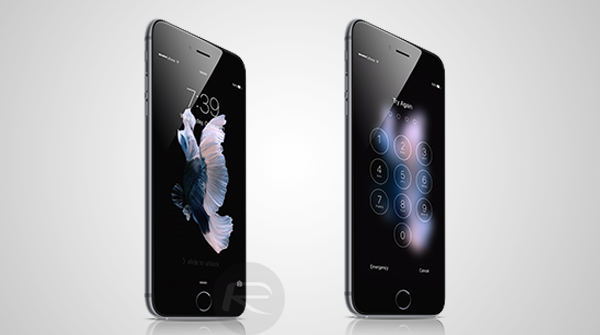 Apple hasn’t made any secret of the fact that security within iOS has been beefed up over the last couple of major iterations. As of iOS 8, the company’s mobile platform, which powers all iPhones, iPads, and iPod touch devices, has shipped equipped with a feature that is designed to prevent anyone from accessing the device without knowing the passcode that has been set through the device’s internal settings. This includes preventing Apple itself from accessing the encrypted data, and was initially introduced in 2014 at the peak of the NSA surveillance program scandals.

The information provided by Apple did concede that it has the technical ability to access the remaining 10% of devices that are still running pre-iOS 8 firmware, as is with the iPhone in the Justice Department’s custody. However, the iPhone-maker did also make an appeal to the judge to not force it to comply with the request made by the Justice Department:

Forcing Apple to extract data in this case, absent clear legal authority to do so, could threaten the trust between Apple and its customers and substantially tarnish the Apple brand.

Given the fact that consumers, and the general public at large, are increasingly sensitive to government spying and the security of their data, it’ll come as a very positive surprise to see Apple fighting its right to protect its users data.