Whether it’s an iPhone 4S, a Samsung Galaxy S II or a HTC Desire, we all love our smartphones, and most of us couldn’t function day-to-day without them. 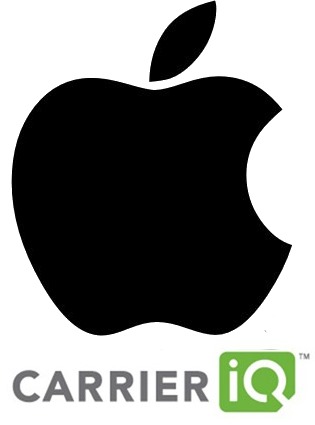 That said, the likes of Carrier IQ, the key logging implementation which spies on a device’s usage habits, tend to leave us more than a little peeved. After all, when we sign up for our contracts or purchase these wonderful devices outright, we’re never told we could be subject to indefinite surveillance.

Google’s Android software has taken something of a public flogging of late, with malware increases of several hundred percent in the past few months alone. The Big G’s mobile operating system is seen as the main perpetrator in the Carrier IQ saga, reportedly monitoring SMS, web usage data (whether you’re on an encrypted network or not), and certain keystrokes it feels to log.

Earlier today, we revealed it is also keeping tabs on iPhone, adding fuel to an already well-manned fire. The iOS iteration, whilst not as daunting as the above, still poses as invasion of privacy – and encroaching on people’s data in this digital age is certainly seen as faux pas.

Apple has sought to weather the Carrier IQ storm by confirming that it is currently in the phasing out process of the controversial software, and it will be completely removed in “a future software update”. Exactly when this future update may be, we don’t know. iOS 5.1 has already been seeded to developers, but we’re surely not that lucky. One would have thought Apple will be hanging onto Carrier IQ for as long as it can.

The complete statement by Apple is as follows regarding the matter:

We stopped supporting Carrier IQ with iOS 5 in most of our products and will remove it completely in a future software update. With any diagnostic data sent to Apple, customers must actively opt-in to share this information, and if they do, the data is sent in an anonymous and encrypted form and does not include any personal information. We never recorded keystrokes, messages or any other personal information for diagnostic data and have no plans to ever do so.

If you’re in possession of one of Apple’s smartphones and don’t wish to be watched over, then there is away to plug it manually for now. Simply open the Settings icon and go to General > About > Diagnostics & Usage > and opt for ‘Don’t Send.’

Even if Apple does drag its heels in ousting the diagnostic detective, it does public relations no harm to appease the onlookers as rivalling Google takes beating after beating with Android.

Could this have repercussions on the sales front? Leave your thoughts via the usual mediums below.