In what must be filed as an especially speculative report, Pocketgamer claims to have gotten word from game developers that Apple may be planning to announce some description of standalone controller / joypad in the near future. The Game Developers Conference at San Francisco’s Moscone Center concludes today after five days of new and exciting exhibitions and announcements, but under the surface of awards and revelations, it has been revealed that Apple may have been holding hush-hush meetings at the event to discuss its controller endeavors.

Of course, this is not the first time we’ve heard that the Cupertino, California-based company may be adding a physical controller please hardcore gamers, and it’s certainly not beyond the realms of possibility. After all, the market for these kinds of peripherals through third parties is sizeable, and with a joypad perhaps being something Apple could retail in the low price bracket (it will, after all, nudge consumers toward the App Store), said third-party companies would struggle to compete.

That said, with so many false positives in the past on this matter, you’ll have to forgive our skepticism. Pocketgamer seems pretty adamant the controller is a done deal, noting of how GDC 2013 "has finally provided confirmation that Apple will release its own dedicated game controller." But the secondhand whispers of a couple of developers can often turn out to be unfounded, so we’ll have to wait and see if this information is genuine or fabrication.

Apple was said to be connecting with devs at GDC this week to ensure there’ll be plenty of games ready to support the joypad when launched. Working out of a meeting room, the company didn’t operate under its actual name to remain incognito, but a hatful of developers in attendance are said to corroborate the story. 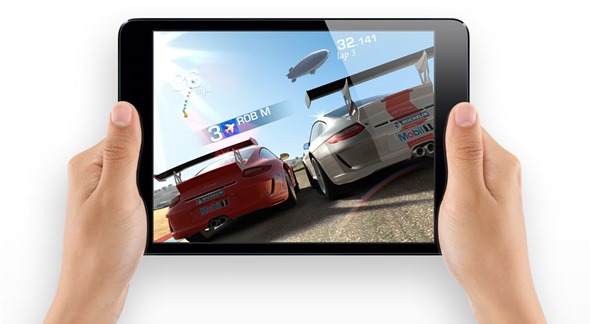 Tim Cook’s company has a bunch of patents pertaining to a gaming controller, but by the same token, many patent filings eventually amount to little more than a stockpiling exercise. What’s more, with so much emphasis on the touch-based interface and a very successful store / fleet of devices offering what Apple would call a fantastic, high-end gaming experience, the introduction of a gaming controller strikes me as somewhat against the motif of moving forward, and innovating.