Some of you may have read my post yesterday regarding a problem being suffered at the hands of people using an Apple device running iOS 3.1.3, if not then you can familiarize yourself by reading it here so that this update will make more sense. In brief, a large number of of iDevice users has reported via the Apple Support Communities forums that when attempting to access the App Store via a device running iOS 3.1.3 they were greeted with a non functioning platform. Some users experienced a total App Store black out with no functionality whatsoever, whereas some could actually download updates to already installed applications but could not browse or purchase new apps. 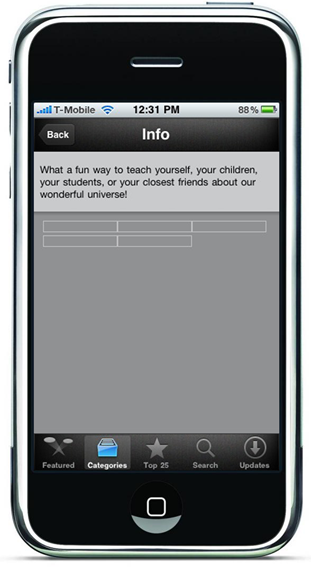 If recent forum threads are anything to go by, the power of the people has come up triumphant with Apple acting relatively quickly to resolve the issue across the board. Most of the previously disgruntled users who took the time to vent their frustrations about the problem, have updated their reports to clarify that the situation has now been fixed, with almost total access to the App Store regained from their 3.1.3 powered devices.

I say ‘almost’ total access as a handful of users are still complaining that the featured section of the App Store is rendered unusable for them, but this seems to be affecting the minority and will no doubt resolve through the course of time. However, not everyone is over the moon about the fix, with one particular forum member named allory, expressed the following concern:

Fixed in that the install button is back, but now a lot of apps that worked last week now say they require iOS 4.0 or later.

The user does not provide any further details, and has not clarified to which applications they are referring, but speaking from experience, the iOS requirements for an application are set by the software developer after taking into account any features of functions that may only be available in later editions of iOS. A good example of this for reference is any application which uses the new Twitter framework, which is only found in iOS 5 or above.

There is still no official release from Apple on the issue, and no word coming from Cupertino about the resolution they have put in place. Users can however take solace from the fact that the company recognized the problem and acted promptly to put a fix in place for all of the affected users.