Another day and yet another iOS device related report, this time focused on speculation surrounding Apple’s intention to introduce another iPad model to their existing product line. There’s been plenty of discussion over the last few weeks about when Apple will refresh their existing iPad models, that discussion is still ongoing, but in the meantime it appears that the Cupertino based company is planning on introducing a single new iPad model to the existing device range.

The purported device won’t fall under the category of being an updated and improved specification, but will instead serve to compliment the existing fourth-generation iPad range by potentially coming in at the top of the hierarchy with an extended storage capacity. The current fourth-gen iPad is available in 16, 32 and 64GB variants, with some corners suggesting that the new device, that carries a new SKU number, will offer 128GB of internal storage.

Additional theories on the soon-to-be released device are also pointing at the potential for the device to be uniquely available to government agencies and educational institutions. Apple has shown in the past that they are more than willing to produce variants of existing products for this type of usage so it isn’t outside of the realms of possibility that the same will happen with this new version of the fourth-generation iPad. 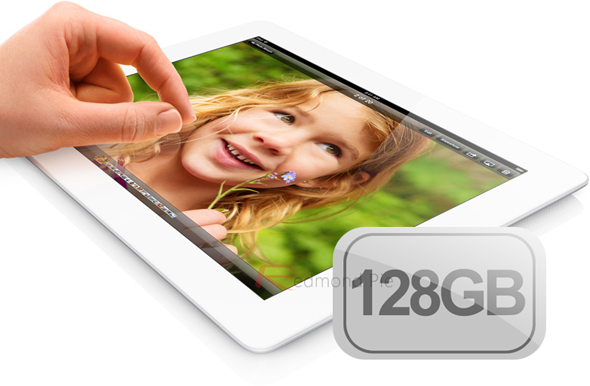 Although the information is extremely limited on the hardware at the moment, the likelihood is that it will feature the exact same design and aesthetics as the current model iPads as well as coming with the black or white color options. The device will be available as a Wi-Fi only option or with cellular capabilities onboard and should be available with discount for bulk purchase through educational outlets.

The information acquired about the new product suggests that internal inventories have been updated with four new SKUs, all relating to the iPad. Each model of the new device has been given a variation of the P101 ULTIMATE A description, an identifier than refers to the color of the device, and the fact that it is being classified as a premium model. Additional information will likely become available in the coming weeks about this new hardware. But the rest of us will likely have to wait until the fall for an actual iPad refresh.