Any person who appreciates beautiful and understated design will understand the craftsmanship and dedication that goes into producing a unique, one of a kind timepiece and will understand the price tag associated with classic watches. If new reports are to be believed then it looks like Tim Cook and Apple know all too well just how much it can cost to get their hands on the rights to use probably one of the most famous clock-faces in the world. As part of their development of iOS 6, Apple paid approximately $21 million to license the use of the Swiss clock-face design.

Information about the one-off lump sum payment is coming out of Swiss national print publications with the claim that Apple made the huge payment to the Swiss Federal Railway Service for the rights to be able to use the iconic clock-face throughout their iOS 6 software. The payment has come off the back of the SBB making a complaint to Apple regarding their re-designed clock that made an appearance in the latest release of iOS back in September with the communication suggesting that the design was remarkably similar to the trademarked clock design held by the SBB.

Details have already emerged over the last few weeks regarding a deal between Apple and the SBB that would see Apple license the design for use throughout their software. However, at the time it was publicly stated that all information regarding the deal and any attached financial remuneration would be kept strictly private and confidential. Although the clock-face design has been recognized and honored by the likes the of the London Design Museum, $21 million seems like an extremely inflated price to pay. 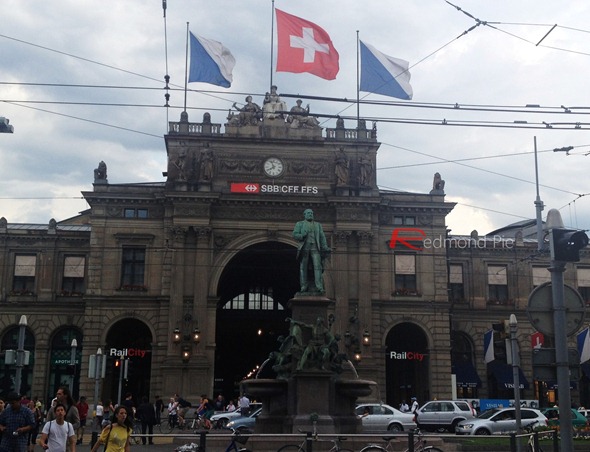 The original design of the clock-face dates back to 1944 and is attributed to an employee of the company known as Hans Hilfiker. The fact that the design is sixty-eight years old makes it immediately one of the oldest parts of iOS and brings a little bit of iconic history to Apple’s mobile devices. As part of the agreement that has been reached between the two companies, it also looks like it includes limitations on where and how often Apple can actually use the design, which makes it more than just about pure cold cash for the SBB. They regard the design as a symbol of Swiss functionality and are obviously to keen to protect the image that it has.