Apple Releases WatchKit SDK For Developers, Here’s Where You Can Download It From

We still don’t know exactly when the Apple Watch will be available to buy, but today developers got their first look at the tools that they will use when creating apps for the wearable. Released via the same Apple Developer Center as iOS and Mac SDKs, the new WatchKit is available to all iOS developers as part of their existing developer subscription.

Coming so long before the Apple Watch is likely to be going on sale, Apple is clearly hoping to have an App Store full of apps before the thing ships, and while developers are now sat working out just what to make with their shiny new software development kit, us mere mortals are now starting to find some interesting things out as a result. The first is about how the apps will actually work. 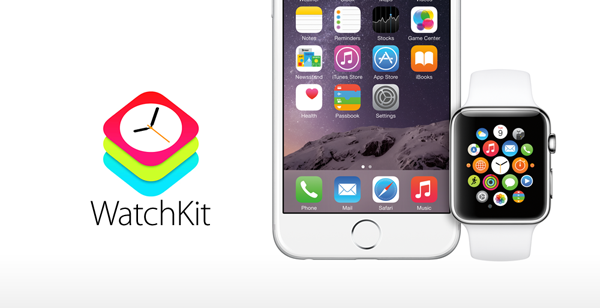 From the outset Apple Watch apps will need an iPhone in order to work. That is, the app itself will run on an iPhone while the Apple Watch will effectively be an extension of that app. Apple says that will change during 2015, with app developers set to be given full access to the watch proper with full on native apps, but for now you’ll need an iPhone within wireless range for the Apple Watch to work as far as third-party apps are concerned. 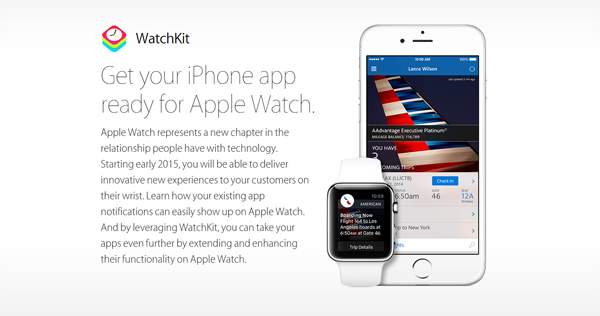 As we’ve said, the real question on our lips surrounds when we’ll be able to slap one of the new Apple Watches on our wrists. Apple is keeping quiet on that so far, but leaks have pegged Spring as a possible timeframe.

If you’re a developer and want to start developing for the Apple Watch, then you can get started by heading over to: developer.apple.com/watchkit/